You are here: Home / National News / Two Dead after Bus Overturns in Delaware 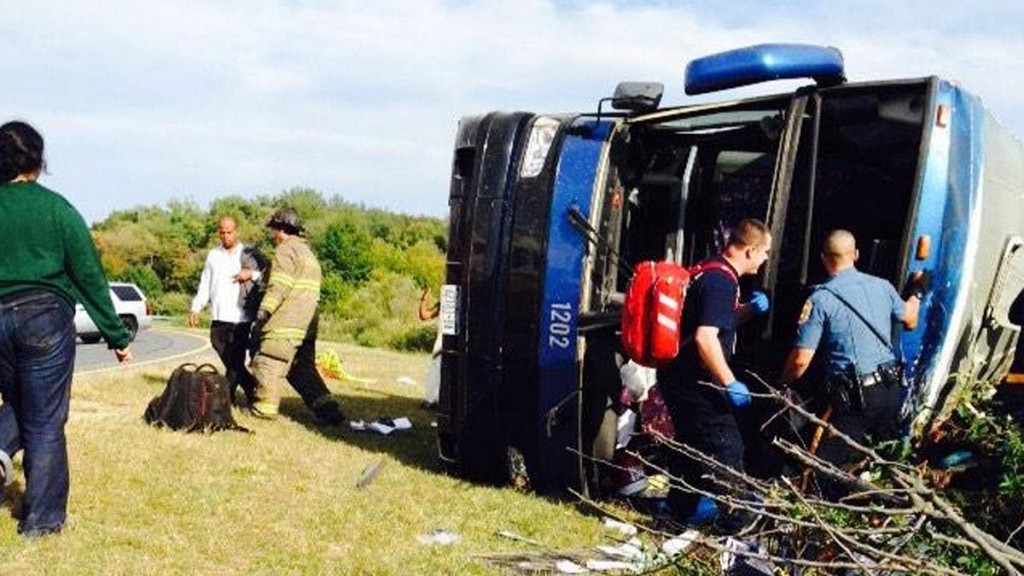 A bus that was carrying dozens of passengers overturned in Delaware, killing two women and injuring several other passengers.

According to officials, the accident had not involved other vehicles and occurred around 4:20 PM in New Castle, on Sunday. A statement from Paul Shavack, Delaware State Police spokesman, the bus that was driving south of Wilmington had 49 passengers on board and was traveling on an exit ramp. Apparently, the bus overturned as it was going through a curve.

The first woman to lose her life in the accident was a 54 year-old New Yorker, found under the bus and declared dead at the scene. A 30 year-old woman from Turkey also succumbed to her injuries shortly after she was taken to the hospital.

Other passengers had injuries varying in severity and were brought to area hospitals.

The bus was taking passengers on a 3 day sightseeing tour of Washington. The tour had begun on Friday and the bus was just returning the passengers to New York.

According to him, everyone was in pain and asking for help. The majority of passengers were adults, speaking several different languages including Spanish, Portuguese, Mandarin or Hindi.

D’Cruz and his friend handed out items from the car’s first aid kit.

The Penn State Brandywine student from Pennsylvania said that Route 1 in Delaware is known for being steep and that it was there where the bus had overturned. Photographs taken later at the scene show the bus on its driver’s side, lying on a grassy shoulder.