You are here: Home / National News / Turkey Unprepared to Join the U.S. in the Fight against Islamic State 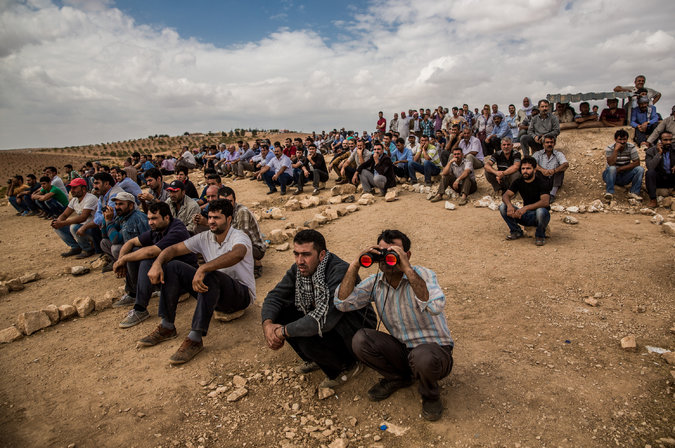 The battle against the Islamic State rages on and no United States ally is closer to the threat posed by the Islamic State than Turkey. And while it is home to the second largest army in NATO, the country, which President Barack Obama believes to be able to play a decisive role in the coalition, is hesitating on its involvement in the fighting against ISIS.

On Saturday, Turkish soldiers stood and watched as outgunned and outnumbered Kurdish fighters were being slaughtered by Islamic State militants just yards from the border. ISIS, which has been conquering village after village near Kobani, is feared to cause a massacre in the town that is bound to fall sooner or later. All that the Turkish soldiers could do was to prevent Turkish and Syrian Kurds from crossing the border into Syria in an attempt to protect Kobani.

Turkey’s refusal to involve itself in the conflict has fed the fury of the Kurds, who believe that their neighbor is tacitly supporting the advance of the Sunni extremists into Kurdish territories.

The situation is violent and messy. With its actions, or lack thereof, Turkey has reflected its conflicting interests. On the one hand, it accepted over 150,000 Kurdish refugees, mostly from Kobani. On the other hand, it failed to involve itself in the U.S.-led coalition against ISIS. Perhaps this attitude is a result of Turkey’s impossibility of creating the perfect equilibrium between defeating ISIS while not enhancing the power of Kurdish separatists inside its own territories.

Although Turkish leaders have continuously condemned the brutality of Islamic State militants, they have failed to take part in military operations. President Obama suggests that, as a NATO ally, Turkey should also carry part of the responsibility of dealing with the terrorists: either as part of military actions or by providing bases from which airstrikes could be conducted in Syria and Iraq.

After the U.S. president has continued to urge NATO member countries for active involvement in the ISIS crisis, Turkey finally seemed prepared to consider an active role in the war. President Recep Tayyip Erdogan met with Vice President Joseph R. Biden on Thursday and declared upon his arrival that Turkey could no longer afford to remain a bystander.

“Our religion does not allow the killing of innocent people,”

However, many political analysts believe that, in spite of its seemingly good intentions, Turkey will join in the military action as long as its complex interests in Syria do not become a constraint.