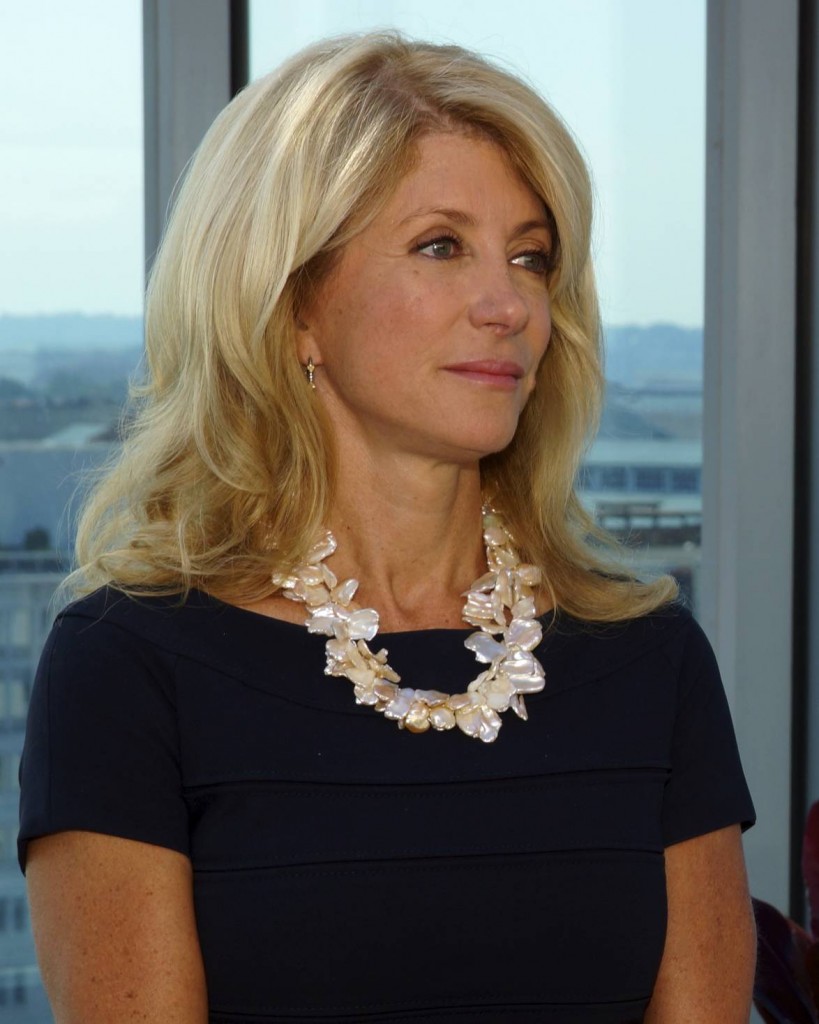 On a quest for the Texas governor position, Wendy Davis is now questioning the very issue that helped her earn so much publicity along with the name “abortion Barbie”.

The Texas governor-want-to-be declares that she supports abortion rights although she strictly opposes late-term abortions. The only valid exceptions in Mrs. Davis’s opinion for late-term abortions are in the case of rape, incest or when the life and health of the future-mother are in jeopardy.  In her contradictory statements, Davis said that she could support a bill with abortion restrictions (like the one that included the 20-week ban she filibustered in 2013) if that certain bill would give deference to the woman and her doctor.

Since Davis has been running in the Lone Star state which hasn’t produced a Democratic governor for the past two decades, she needed such a political shift to be able to stir the waters. However, after she revealed that she had undergone 2 pregnancy terminations, it may just be that this dynamic will no longer remain the same as Democratic women openly campaign in 2014.

Apart from State Senator Davis, Nevada Assemblywoman Lucy Flores also admitted to having a pregnancy termination when she was 16 back in 2013. Flores is also a Democrat.

Senator Davis made the information public about her pregnancy terminations in her memoirs, “Forgetting to be Afraid”, which came out three months before the elections. However, it seems that in spite of this rather bold move, Davis is still miles away from what she truly desires since even after having tried to gather up infrequent midterm voters such as Latinos, the numbers simply don’t favor her.

In fact, hardly any Texas Democrat stands a chance in the elections. According to recent polls, Davis is down to Republican Attorney General Greg Abbott by double digits.

After having gotten from trailer-park to Harvard Law School, Davis has been focusing on education, minimum wage hiking and equal pay legislation. Her campaign trusts that voters, especially blue-collar women, will resonate with the issues that Davis has been tackling. Her campaign specialists also believe that the information Davis revealed about the pregnancy terminations she underwent will not harm her politically since people who understand the circumstances in which women decide on abortions tend to be more sympathetic. In fact, a poll done by the University of Texas and the Texas Tribune revealed that 57% of Texans agree that pregnant women should be allowed to get legal abortions when diagnostic tests show there is a high probability of something being wrong with the baby. According to the same poll, Abbott is ahead of Davis by 10 points among women.