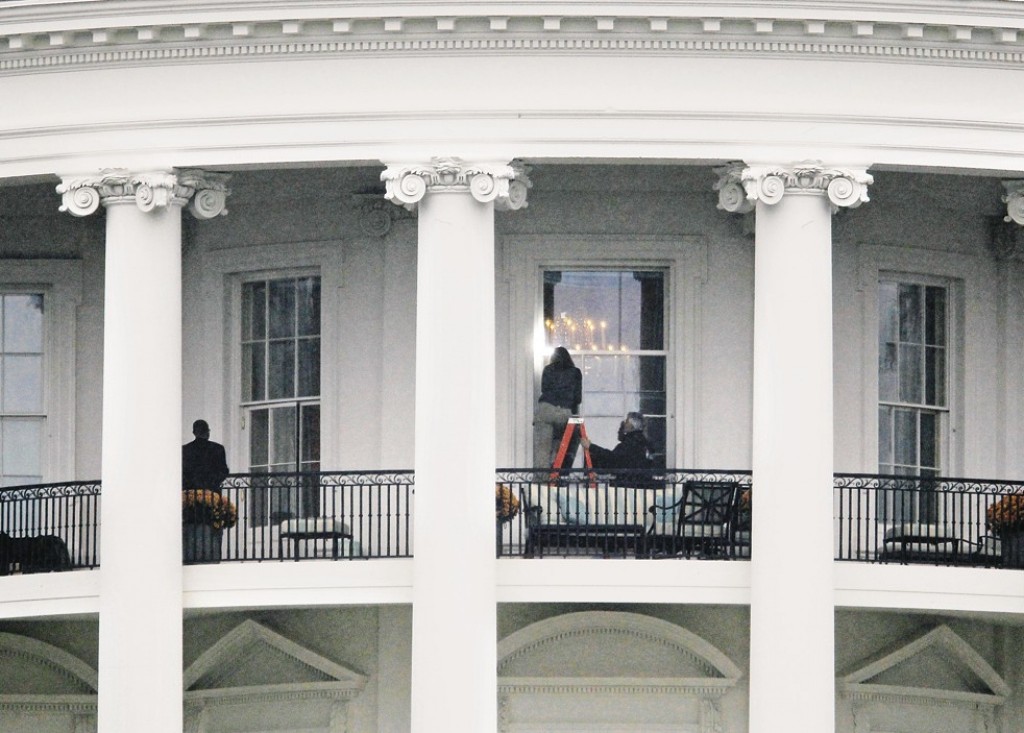 Three years ago, a gunman drove up to the Presidential residence and fired seven shots at the White House, smashing a window on the second floor. The Secret Service apparently did almost nothing about the incident. In fact, a Secret Service supervisor had initially downplayed the gunshots, claiming that they had been noise from a backfiring construction vehicle.

On Saturday, this stunning security lapse was first revealed in detail.

Hours after the incident, the agency did confirm that a shooting had taken place in the vicinity of the White House. However, Secret Service officials insisted that the gunman had not targeted the Presidential residence. They claimed that the shooting had occurred during a gangbanger’s gunfight.

Five days after its initial statements, Secret Service realized that shots had in fact targeted the White House, and only because the housekeeper noticed chunks of cement as well as broken glass on the floor. It was then that the Obamas became furious over the agency’s bungled response.

The gunman had parked his black SUV just south of the White House, on Constitution Avenue. He was carrying a semi-automatic rifle and began shooting the gun out of the passenger window directly at the home of the U.S. president. President Obama and the First Lady were not at home, however, their daughter Sasha and Michelle’s mother were. Malia was also expected to arrive any moment.

Secret Services officers and roof snipers initially responded- snipers scanned the South Lawn while other officers were ready to crack open emergency gun boxes. However, the supervisor ordered everyone to stand down.

he called over the radio.

Sadly, the organization believed by Americans to be an elite force of highly skilled patriots, has proved in several occasions that it simply isn’t up to its job.

How could the suspect simply park his car on a public street and begin shooting at the White House and why could he speed off without detection? Curiously enough, it was only because of luck that Secret Service identified Oscar R. Ortega-Hernandez as being the shooter, after the troubled 21-year-old crashed his car a few blocks away and left his riffle inside.

“It was obviously very frightening that someone who didn’t really plan it that well was able to shoot and hit the White House and people here did not know it until several days later,”

Witnesses also immediately reported the shooter. A woman in a taxi actually saw the riffle being fired and posted about it on Twitter:

”Driver in front of my cab, STOPPED and fired 5 gun shots at the White House. It took the police a while to respond.”

With such information revealed while the Secret Service was already under scrutiny due to other security lapses, Americans are entitled to ask themselves whether the agency is truly worthy of their trust.