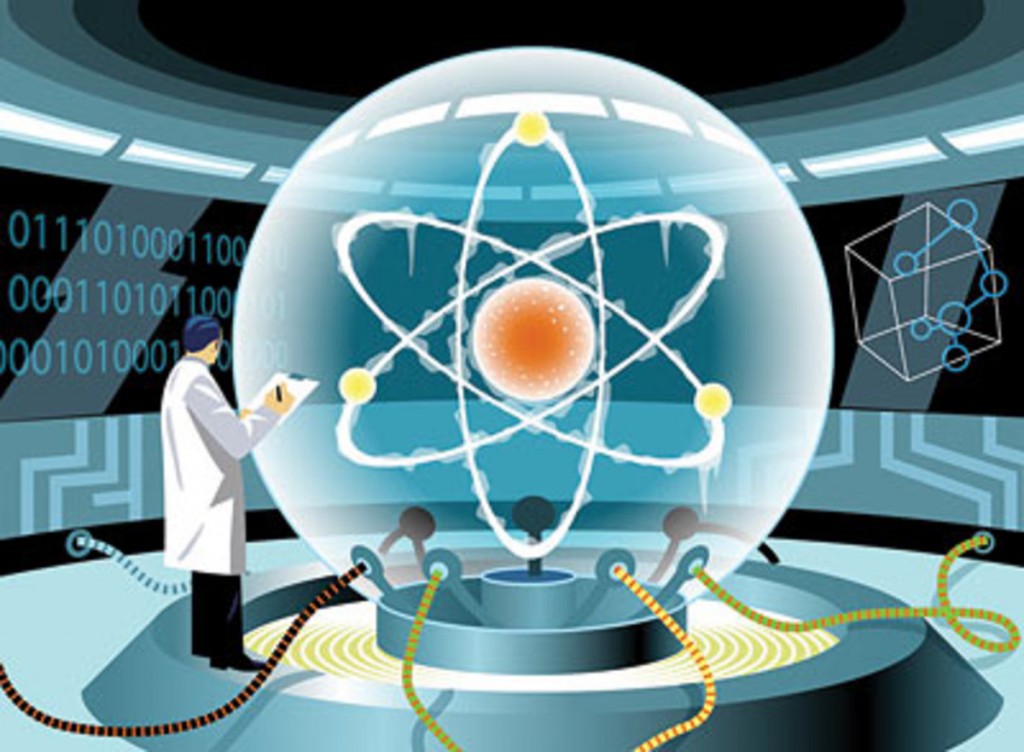 Scientists managed to hear an atom for the first time. A Swedish research team from Chalmers University of Technology performed an experiment that succeeded with the recording of sound waves created by an artificial atom. Previously, scientists focused on the interaction between atoms and light. Electromagnetic radiation is another known energy form released at quantum level. However, the new research topic may end up delivering some breaking results.

“We have opened a new door into the quantum world by talking and listening to atoms,” says Per Delsing, head of the experimental research group. “Our long term goal is to harness quantum physics so that we can benefit from its laws, for example in extremely fast computers. We do this by making electrical circuits which obey quantum laws, that we can control and study.”

Sound waves are about 100.000 times slower than light. The extra time gives scientists the possibility to test control mechanisms. Basically, the researchers hit the artificial atom with sound waves energy and received a similar result back. Quantum particles are the weakest form of sound that can be detected.

Per Delsing’s team placed the artificial atom on top of an electronic chip and cooled it down almost to absolute zero. Ok, so they detected an atom produced sound, but what does is it like? Researchers said the atom produced a D note. Unfortunately, the D28 is higher than the highest piano note and it cannot be discerned by the human ear. The frequency is 4.8 GHz, actually closer to our wireless networks than anything else. The superconducting material used in the fabrication of the artificial material helped researcher achieve the results. Because sound wave lengths are short, atoms can be much larger, making them easier to control.

The findings are crucially important. Almost more important than the atoms’ next rock concert. The age of silicon in computer processing will allegedly reach the end of life in just a couple of years. Quantum computing is in its infancy at the moment and new ways of managing quantum energy might bring the age of ultra-fast super computers. Even if sound is slower than light, it would still be ultra-fast, so it is definitely not a drawback. But the field of quantum acoustics is just in the beginnings, so we still have to wait for a while until the first computer based on singing atoms will be released.