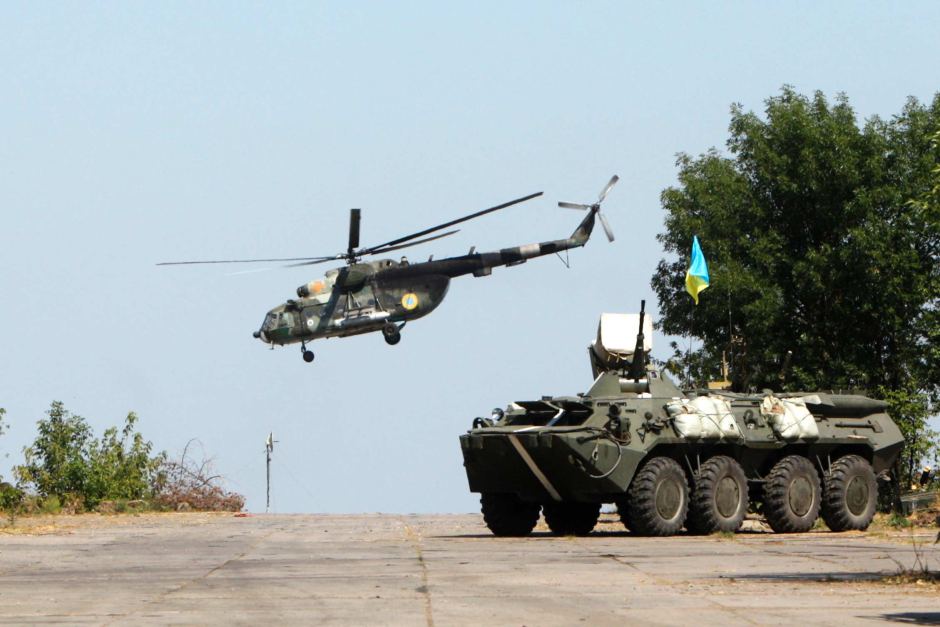 Only hours after NATO approved plans Friday for a new rapid response force to counter future Russian aggression in eastern Ukraine, pro-Russian rebels and The Ukrainian government agreed on a temporary cease-fire.

“I give the order to the chief of the General staff of the Ukrainian Armed Forces to cease fire, starting from 18.00 [local time] on September 5,” Poroshenko’s statement says. Poroshenko then called on both the Ukrainian Foreign Ministry and the OSCE to provide international monitoring of compliance with the bilateral ceasefire.

“We must do everything possible and impossible to stop bloodshed and put an end to people’s suffering,” the president said in a statement posted on his official website.

The announcement had been expected, after both Mr. Poroshenko and President Vladimir Putin of Russia said earlier this week that they expected a truce to emerge from the talks in Minsk. The agreement consisted of 14 points, including the exchange of hostages, the opening of humanitarian corridors for residents of the separatist areas, repairing damaged infrastructure, and deploying international observers to monitor the cease-fire.

Representatives of the rebel forces have said they will obey the ceasefire if Kiev follows suit. “Most of the points of the protocol correspond with our demands,” Lugansk’s leader Igor Plotnitsky said. “However, the ceasefire does not mean a shift from our course of breaking away from Ukraine. This is a compulsory measure,” he said.

This truce announcement came Friday after heavy shelling rocked the outskirts of a key Ukrainian port city, Mariupol, which could provide a land corridor between Russia and Crimea. Large plumes of smoke could be seen as Ukrainian artillery fired back, he says. Ukrainian fighter jets also hit rebel positions.

The Minsk peace talks sort of coincided with NATO’s summit in Wales, where leaders agreed on a new “spearhead” military force, able to deploy to trouble spots in a matter of days.

“Should you even think of attacking one ally, you will be facing the whole alliance,” NATO Secretary General Anders Fogh Rasmussen announced. But nevertheless Ukraine is not a member of NATO, but it cooperates on a range of issues with the alliance, including receiving some military assistance. The partner status means that overt military intervention by NATO against Russia for its actions in Ukraine is extremely low because there is no enshrined commitment to do so.