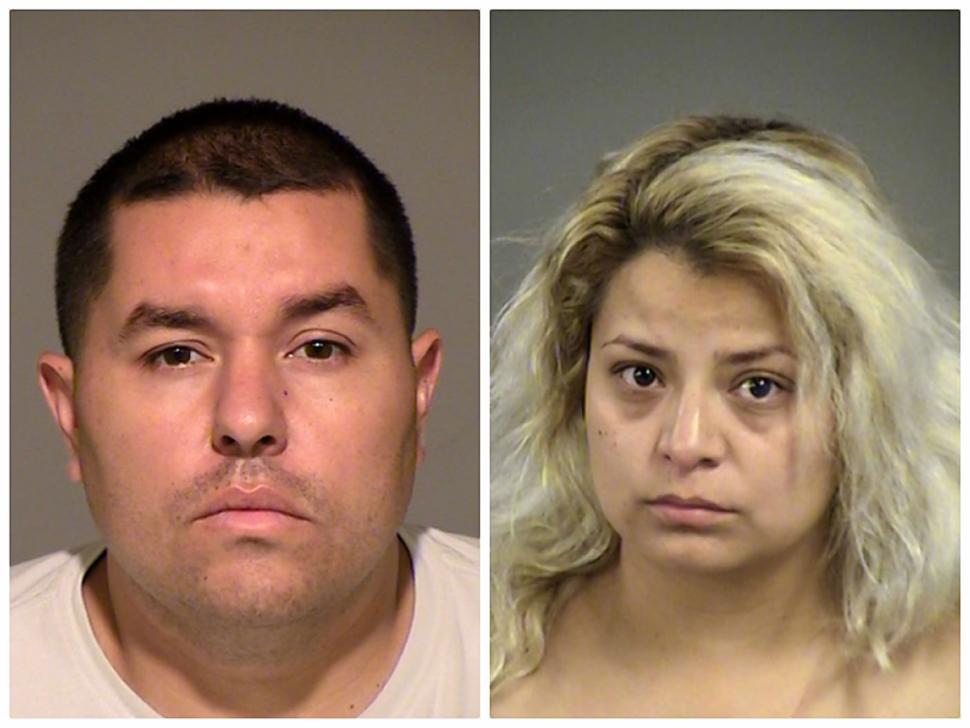 The parents of a 5 year-old boy were arrested on drug charges after cocaine had been found by doctors in the system of their 5 son.

According to the Ventura County Sheriff’s office, Marco and Sandy Cuevas (31 respectively 29 years old) were arrested on Thursday after police officers found half a pound of cocaine sitting next to their young son on the back seat. Marco Cuevas also had several ounces of the illegal substance on him, while his wife, Sandy, had over $10,000 in what police officers believe to be drug proceeds.

After the two were arrested, police searched their apartment and found further incriminating evidence: at the couple’s home in Sylmar, hundreds of pills, several pounds of marijuana, $75,000 in cash, a dozen guns and 3.000 rounds of ammunition were found by officers.

They are now being held on charges of conspiracy to sell cocaine and possession of cocaine for sale.

Police officers had found that cocaine originating from Marco Cuevas was being used and sold by teenagers and young adults all over the eastern part of the county, the Ventura County Sherriff’s Office said in a statement released Friday. The man is being held on $1 million bail. His wife has already been released, on bail.

Both he and his wife, Sandy, face additional charges of child endangerment.

Cpt. Don Aguilar, from the Ventura County Sheriff’s department told reporters on Saturday that the child had not been hospitalized although he had tested positive for cocaine.

“We just happened to test him because he was found so close to the drugs in the car,”

According to neighbors, the couple has three children. Sandy Cuevas is allegedly pregnant with their fourth. Social Services took the couple’s children into protective custody after the two were arrested by police.