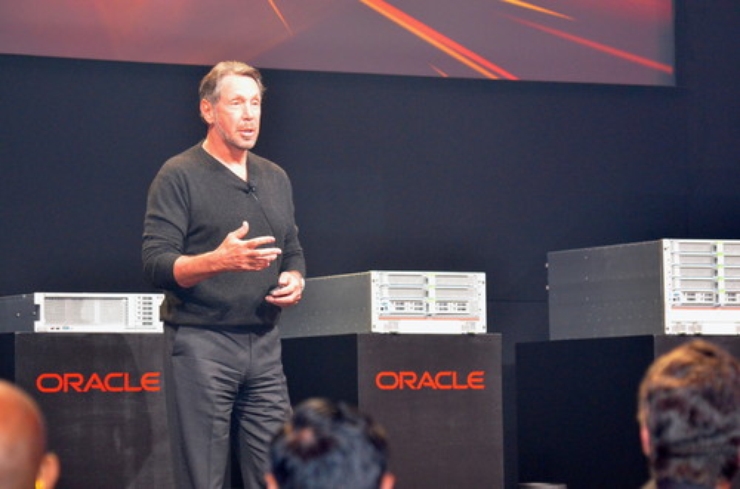 Over 60.000 people are attending OpenWorld and seven million viewers are expected to tune in online to view presentations. Larry Ellison, Oracle’s CTO and executive chairman, has made it possible for the company to become the industry’s largest cloud computing service, in spite of the fact that, years ago, he was famously laughed at for the mere notion of cloud computing.

Oracle has been able to expand various parts of its cloud portfolio over the last two years, and for Ellison, now seemed like a good chance to tell the industry that the entire meal is now “fully baked”. According to him, Oracle is ready to enter the Paas (platform as a service) market. PaaS makes it possible for clients to move on-premises Java applications to Oracle’s cloud database with just the push of the button. This doesn’t mean that non-Java applications don’t have space in the Oracle sky. With the help of IaaS, non-Java applications can be stored on the cloud, with the click of a button.

Larry Ellison ads that Oracle’s PaaS also “endows the applications you build with modernity” because it offers extra mobility, analytics, social and identity management features. These are the exact same features that the Oracle’s development team uses.

“No one else offers their platform to extend their SaaS applications. Nobody. Let me be clear. Most of our SaaS competitors don’t have any platform at all. If you want to extend their application, you press a few buttons and a few levers, and you’re done.”

As you may already know, Ellison recently stepped down from his role as Oracle CEO (the current CEOs – Mark Hurd & Safra Catz). This doesn’t mean that he will stop delivering his competitive barbs. As you would expect of Ellison, he also pointed out that most SaaS (software as service) vendors actually use Oracle technology for their products (for example, Salesforce.com) but he also recognizes them as formidable CRM (customer relationship management) competitors.

He saved the harshest words for SAP, a service that has created its own PaaS around the Hana in-memory computing platform. According to reports, SAP’s SuccessFactors & Cloud for Sales apps run on Hanna and there are plans to move everything to Ariba software. Here’s what Ellison has to say about this:

“I’m going to try to be nice. It’s hard. I have no idea what runs on Hana. It’s rude but it’s the truth. And it’s kinda funny. What cloud? Let’s just talk about Earth. I really like those guys.”

It seems that the only one progressing with SaaS is Oracle.

This statement may very well be true, because in the last 12 months Oracle has picked up 2.181 new SaaS clients, 1000 customer experience applications ,959 HCM (human capital management) & 263 ERP (enterprise resource planning). In the future, IaaS will probably have the same price for Oracle and Amazon, and Oracle is now focusing on offering more security to customers.

“You’ve got hardwired protection in the silicon itself protecting agaisnt memory violations. It saves  you a fortune in finding really difficult bugs. This is a very big deal. It’t the most important piece of engineering we’ve done in security in a very, very long time.”