You are here: Home / National News / Obama Announced New Plan to Fight against the Ebola Epidemic 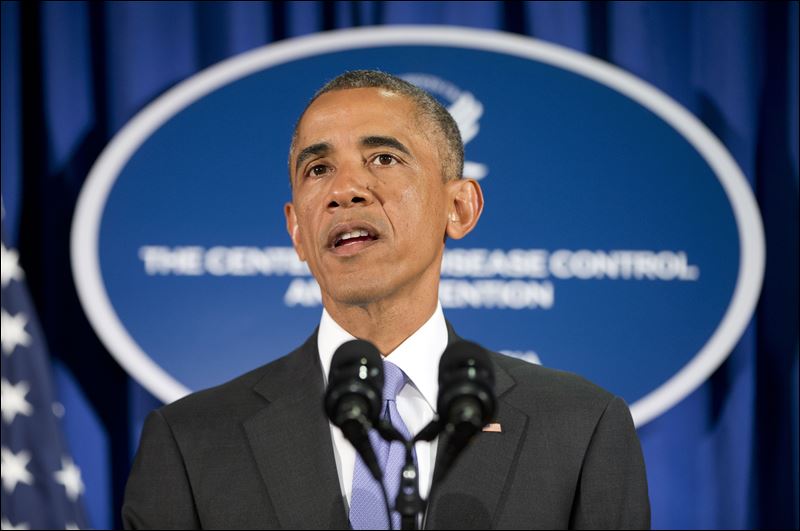 As expected, President Obama announced new measures in the fight against the spread of Ebola virus in West Africa. Considering the pledges took last week by the government, the total sum invested by the U.S in the fight against Ebola is expected to reach $1 billion. Obama is worried that before the crisis will be solved, there will be another spike in the infection rate. The U.S. have the moral duty to help the ravaged countries deal with the situation. Moreover, the epidemic may reach a global scale if it is not kept under control.

“This is an epidemic that is not just a threat to regional security. It’s a potential threat to global security, if these countries break down, if their economies break down, if people panic. That has profound effects on all of us, even if we are not directly contracting the disease,” Obama said at the Atlanta headquarters of the U.S. Centers for Disease Control and Prevention (CDC).

The focus of the operations is Liberia, the hardest hit West African country. The Liberian health care system cannot cope with the rising number of infections caused by the deadly virus. Moreover, the population is scared and suspicious against the government.

Both the U.S. Department of Defense, as well as U.S. Public Health Service are heavily involved in the plan to contain the West African epidemic. Major General Darryl Williams will command a regional center in Monrovia, Liberia’s capital. Around 3.000 troops, including medical personnel and engineers will be sent to Monrovia soon.

The plans disclosed anonymously by a senior administration official yesterday are confirmed by Obama. The president announced that 17 treatment centers will be constructed all over Liberia, each with 100 beds. During the next half a year, thousands of local medical care workers will be trained by U.S. medical personnel.

The pledge taken by the U.S. administration is highly necessary, as WHO said that 10.000 more local health care workers are needed, along with at least 500 international experts to fight against the Ebola epidemic.

The U.S. plan to fund and deliver massive medical services to the Ebola stricken country are appreciated by the World Health Organization. “This massive ramp-up of support from the United States is precisely the kind of transformational change we need to get a grip on the outbreak and begin to turn it around,” Dr. Margaret Chan, WHO’s director-general.