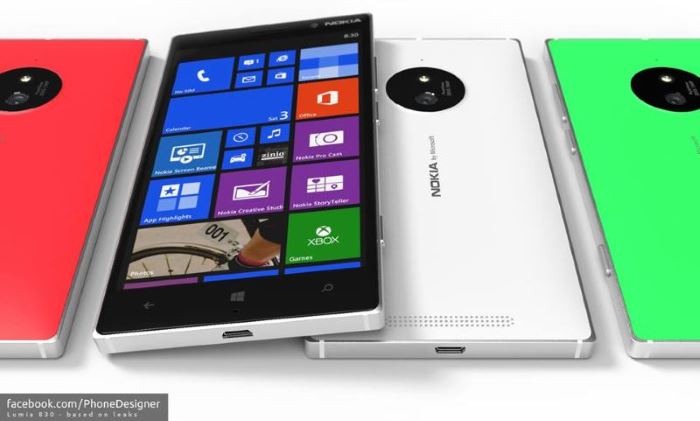 The 2014 IFA trade show in Berlin brings good news for smartphone enthusiasts. Some of the most expected devices of 2014 are launched now. We finally had a chance to learn about the new Motorola Moto X. The producer had an amazing year and decided to take things further by increasing the sizes of both its flagship smartphone and its best-buy device, Moto G. Sony launched the new Xperia Z3 and Xperia Z3 compact – one of the most exciting mini-flagship there is, as one of the only difference between the two is related to the display size. Sony seems to understand what consumers really want.

Now it’s Microsoft’s turn to unveil their next generation devices. The new Nokia Lumia 830 is presented as “the first affordable flagship” by Chris Weber, Microsoft’s VP for mobile devices. “It’s on par with its flagship equivalents from Samsung and Apple,” Weber said. “Our goal is to call out Apple and Samsung in terms of the premium they’re charging.”

Nokia Lumia 830 is not the only device presented by Microsoft. The Lumia 730, a 3G only device and its 4G capable version, Lumia 735, were introduced as well. Compared to the flagship smartphone, the two 700 series devices are presented as selfie smartphones, as they are equipped with high-quality 5 MP front cameras.

So on what basis is Weber claiming that Lumia 830 can stand up side by side with the S5 and 5S? To be honest, the raw specs are less than impressive. In fact, they are closer to Motorla’s highly successful Moto G. Similarly, the 830 features a 5 inches 1280 X 720 display. Nokia Lumia 830 is powered by a 1.2 quad-core Qualcomm processor. Many users will probably be less impressed by the idea of having just 1 GB of RAM and the old Adreno 305 under the hood. However, this phone will be sold for €330 in Europe. Prices for other regions are not available yet. The metal frame is probably the only characteristic reminding of a flagship smartphone, along with a probably high quality camera, even if it offers only a 10 MP sensor.

If we talk about raw specs, Lumia 735 is similarly equipped. The main difference is represented by the smaller 4.7 display sporting the same resolution and the back camera with a 6.7 MP sensor. At just €219 Euros, Lumia 735 becomes a much more interesting device.