You are here: Home / Technology / Microsoft Announces Next Windows Version on Tuesday 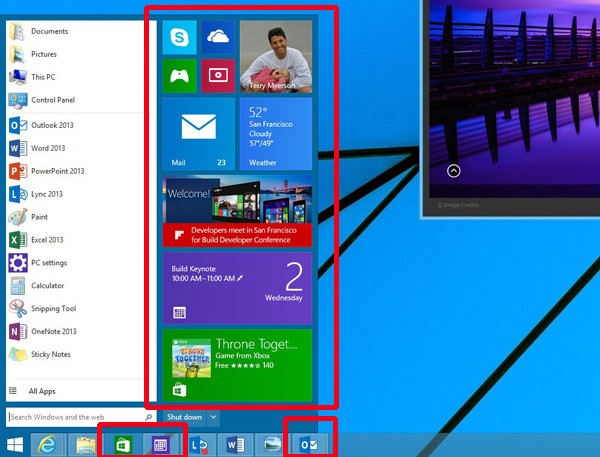 Microsoft’s future might be decided tomorrow. It is a bold claim, but right now Microsoft is not even close to the success it enjoyed ten years ago. Steve Ballmer’s era has one particular achievement, Windows 7. However, that successful Windows version will die along with the PC. So far, Microsoft has not managed to adapt well enough to the fast changing tech market. At the moment, Windows powers only 14 percent of the world’s devices, mobile ones included, according to a report recently released by Gartner. The striking failure is partially understandable. Microsoft was the software leader for almost two decades. Considering the pace of technological evolution, it’s a long time ago. Long enough to turn conservative, comparing to the rest of the industry.

Satya Nadella, Microsoft’s CEO since February 2014, attempts to reclaim Microsoft’s former glory. The only way to achieve that goal will be if Microsoft manages to be as innovative as it was in the 1990s. Windows 8 has not been a huge success, leaving Nadella with even more work to do.

On Tuesday, Microsoft will announce the next Windows version. It will be just a technical preview, but a look at the main features and philosophy will be enough to form an opinion about the version’s future. All it has to achieve to pass the first test is to declare the death of Windows 8. Bringing back the Start button will be a start, but also a drawback in terms of innovation.

We still don’t know if the name will be Windows 9, Treshold or simply ‘Windows’. According to Reuters, analysts say that Microsoft will rebrand its famous OS. Considering how Windows 8 was received by the public, it will probably be the wisest choice.

Moreover, sources say that Microsoft will offer the new Windows as a free upgrade to Windows 8 users. Those who still run Windows XP may receive a special offer. The next Windows will be downloaded directly from Microsoft’s website, a novelty for the company. Apple does the same with its OS X for a long time now.

Nadella has a tough job now. Implementing the progressive vision ‘mobile first, cloud first’ gets difficult as Windows users are among the most conservative tech consumers. Windows 8 has been a first attempt to produce a platform available on various devices. But PC users were terribly discontent as they had to put up with a touch-oriented OS on non-touch devices. Will Nadella manage to provide an innovative, cross-platform cloud-oriented OS that will also satisfy users? Tomorrow we will find out what Microsoft has learned so far from Android’s success.