You are here: Home / Technology / Mercedes-AMG GT S Is a Response to Porsche 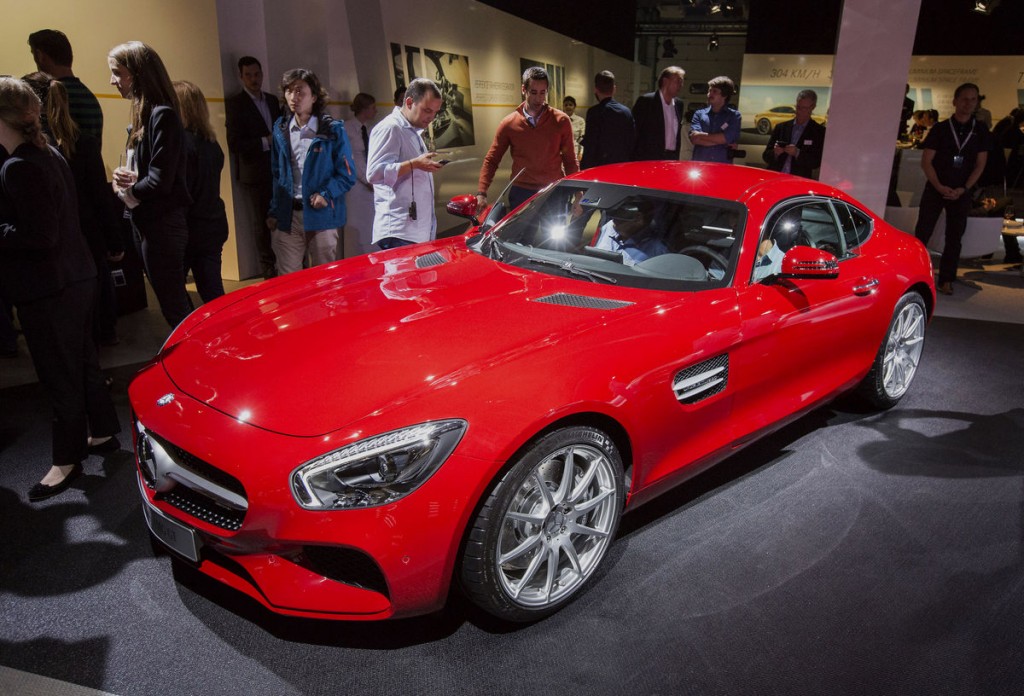 Mercedes-Benz lures Porsche fans with their new supercar called simply the Mercedes-AMG GT. On Monday most eyes were set on the latest iPhone release, so this supercar probably did not receive the attention it deserved. The sports car will be cheaper than the previous sport line SLS. While the SLS was sold for 225.505 euros, the Mercedes-AMG GT will only cost 100.000 euros. Clearly, Mercedes plans to sell more units now than it did with the SLS, which proved to be too exclusivist. While the company is renowned for its elegant comfortable sedans, the GT offers a classy, yet spicy look.

In comparison to the old SLS, the new GT is six inches shorter and 440 pounds lighter. Mercedes designed a brand new engine for the sports car. The V8 has internal turbo chargers and provides 463 HP. What this means in the most practical terms is that the GT will reach 62 miles (100 km) per hour in just 4 seconds. The staggering performance, coupled with the attractive aggressive, yet suave design, will prove to be an important asset in the competition with Porsche. For just a few thousands of euro less, the base version of Porsche 911 offers similar performances. The base GT can reach 188 mph / 304 kmh.

Moreover, the two-seater Mercedes GT will come in a supercharged version as well. Actually, the GT S will be the first sold version, with sales starting in October. The engine of Mercedes-AMG GT S will produce 503 horsepower. By looking at the raw specs of the base model, we assume the GT S performance will be staggering! As a comparison, the V8 6.3L engine of the old SLS AMG GT produced 583 hp and reached 60 mph in 3.6 seconds. But the new Mercedes GT will be sold of half of the SLS’s price.

But Mercedes underplays the new GT’s performances. Instead, the company claims to provide “a comfortable and reliable companion for everyday motoring thanks to its practical decklid, easily accessible luggage compartment, and high level of comfort on long journeys.” This is just the second sports car produced in-house by Mercedes’ AMG.

The business has been going well for Mercedes in the last couple of years. Despite the effects of economic recession, Mercedes’s sales increased by 44 percent, while AMG’s sales doubled in the same period. AMG now sells 21 vehicles.