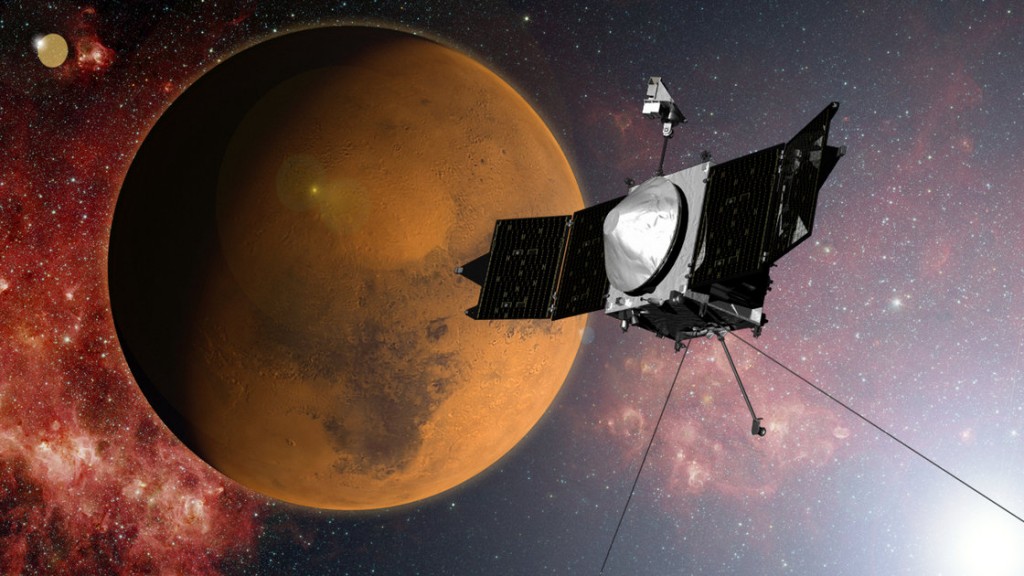 Did you know NASA launched another space mission last year? The spacey agency will not take a break, even if the funding is getting scarcer due to political decisions backed by internal audits.

On November 18 2013, NASA launched MAVEN (Mars Atmosphere and Volatile Evolution Mission). After less than one year, the climate analysis satellite travelled 442 million miles to reach the red planet. MAVEN will not send a land rover on Mars. Instead, the satellite will remain in Mars’ orbit and perform climate analysis with its complex instruments.

Right now, the planet’s surface looks utterly deserted, but researchers believe that a long time ago, oceans used to host microbial life. NASA sent the spacecraft in an attempt to clarify what happened to Mars’ water. At the moment, there are two hypothesis. One is that the planet’s oceans evaporated, while the second says the water simply sunk. MAVEN will investigate the first explanation.

MAVEN is not the first satellite to orbit Mars. The spacecraft joined two other satellites sent by NASA and a European one. MAVEN will study the upper atmosphere and look for clues regarding the planet’s hydro history. Based on MAVEN data, researchers will be able to infer about the planet’s distant past. The latest NASA spacecraft will spend at least a year on orbit. But if earlier missions are any indication, MAVEN’s life may be prolonged indefinitely, if the scientific capabilities keep up with the team’s objectives. Before MAVEN will actually perform scientific investigations, the team at home will take up to six weeks to calibrate the spacecraft’s instruments.

Even if this is not the most expensive mission, NASA had to pay $671 million for it. At the moment, the space agency is pressed to reduce costs as much as possible, after Curiosity rover mission had to receive extra funding. Curiosity had to find another route to reach its main scientific site, Mount Sharp, in order to preserve the integrity of its wheels.