You are here: Home / National News / Man Stabbed to Death in Front of Wife after Interrupting Burglary in Staten Island 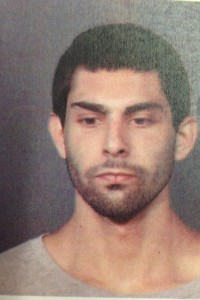 Peter Gialluisi, 66 and a stroke victim who used a walker to get around, was stabbed to death when trying to stop a burglar who invaded their home. The man’s wife, 66-year-old Vincenza Gialluisi, was wounded in the incident.

The married couple arrived home after a birthday celebration with their grandkids when they came face to face with someone who had broken into their home in Rossville, Staten Island, NY. It was around 9:50 p.m. on Sunday, when the Gialluisi couple opened the door to their home after parking inside their garage. They found Dante Viggiano inside, a 20-year-old man, who got scared and, witnesses say, went berserk. He went on to stab Mr. Gialluisi in the hands and face and Mrs. Gialluisi in the neck, back and head. The police revealed that the criminal then fled into the woods nearby.

She was bleeding from her head, all over her body. She was screaming, ‘My husband! My husband! They killed my husband!’

The man took the wounded woman back to the scene to help her with her husband.

He was on the second step up, laying on his back. He was still breathing.

Unfortunately, the elderly man died at the Staten Island University Hospital South, it was revealed by the police. Vincenza Gialluisi is in stable condition at the same hospital. The woman had been caring for his husband for years. Teresa Parenti, 52, is a neighbor who had this to say about the couple:

She dedicated her life to caring for him. He could not walk a few steps without oxygen.

The 20-year-old Dante Viggiano returned to his home after the attack. He lived about 3 miles from the Gialluisi couple, on Armstrong Avenue, near Barlow Avenue. A person who lives with the man called 911 and said that he is emotionally disturbed.

The officers rushed to the man’s house and found him bleeding from his hands after struggling with the couple who tried to take the knife away from his hands. Vincenza Gialluisi picked him out of a photo array and he was hit with burglary and murder charges, on September 1.

Right now Viggiano is being treated for the wounds that he sustained in the burglary and murder at the Staten Island University Hospital North.

Joan Valentino, 56, sums up people’s feelings and fears after the attack: How can you target someone like them? It’s terrifying.