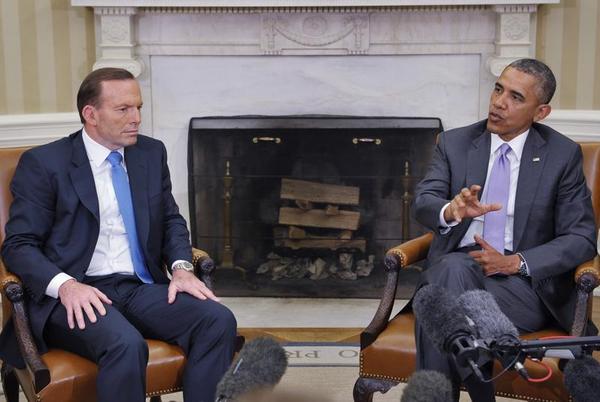 Although president Obama has continuously assured the U.S. population that ground military interventions in Iraq will not become a reality, recent developments could endanger his promises.

In fact, during a Congress meeting on Tuesday, Gen. Martin E. Dempsey, Chairman of the Joint Chiefs of Staff, suggested that the United States deploy combat forces against ISIS extremists. According to him, deployment could be limited to specific missions if the airstrikes that have been conducted in the past prove to have not been a successful strategy.

According to the General, those forces to be deployed would be comprised of Special Operations fighters conducting special missions and guiding airstrikes from the ground. He added that the coalition between European, American and Middle Eastern governments has tremendous potential of eradicating the threat posed by Islamic State Terrorists. Consequently, the General attempted to convince the Senate Armed Services Committee as well as president Obama that committing ground troops to fighting this war in Iraq is the best course of action.

While General Dempsey has declared his full support of the new-formed coalition, he noted that : “if it fails to be true, and if there are threats to the United States, then I of course would go back to the president and make a recommendation that may include the use of U.S. military ground forces.”

His position is a difficult one as it puts the Chairman of the Joint Chiefs of Staff at odds with President Obama. The latter has repeatedly ensured American citizens that no U.S. ground troops would engage in active fighting against Islamic State extremists.

General Dempsey supported the President’s promises and explained that each such statement made by the president was 100% truthful, however, situations change and President Obama gave the General the permission to contact him on a case-by-case basis.

In the meantime, the Iraqi government is preparing for major offensives aimed at recovering the territories under the control of Islamic State fighters. Until now, U.S. support has only represented airstrikes against strategic targets. Since June, 1,600 U.S. troops have been deployed to Iraq in an effort to support Iraqi forces. However, these troops have not yet engaged in ground combat.

The entire debate as to whether U.S. troops should become involved in Iraq hostilities represents a sensitive political issue. And while the 1,600 troops that currently reside in Iraq aren’t authorized to engage in firefights with ISIL extremists, they are authorized to defend themselves against attacks.