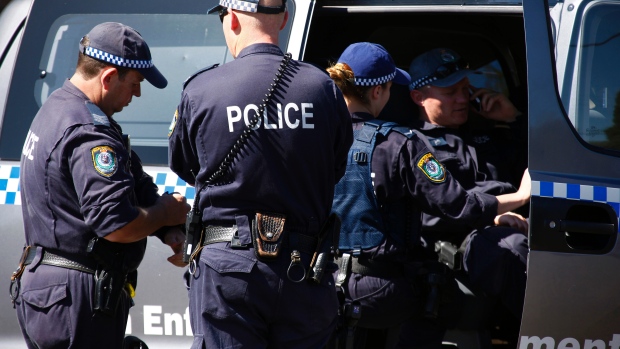 Fifteen people were detained on Thursday by Australian counterterrorism forces after intelligence was received that the Islamic State had been planning to carry out public beheadings in two Australian cities. Authorities reported that ISIS’s intention was to demonstrate its reach outside of the Middle East.

Across twelve Australian suburbs, 800 federal and state police officers performed raids during the operation which now became the largest of its kind in Australia, as Andrew Colvin mentioned. Calvin, the Australian Federal Police Deputy Commissioner told reporters that, at the same time, separate raids had also taken place in cities like Brisbane and Logan.

According to information received by authorities, ISIS had planned to randomly abduct Australian citizens off the streets in Sydney and Brisbane and then behead them on camera. They would then release the recordings via Islamic State propaganda in the Middle East.

Mohammad Ali Baryalei, a former Sydney night club bouncer, is believed by authorities to be the mastermind of the plan. He is also believed to be the highest ranking Australian Islamic State member.

On Thursday, an alleged associate of Baryalei, Omarjan Azari, appeared before court under the accusation of conspiring and preparing for terrorist acts. Azari’s sentence if convicted isn’t clear, however, prosecution insisted that the 22-year old had involved himself in the plan to shock and horrify the public. The defendant neither applied for bail, nor entered a plea.

Prime Minister Tony Abbott was informed of the operations carried out by authorities. He told reporters that according to the information they had received from an Australian who is senior within ISIL networks, the extremist group wanted to carry out demonstration killings resembling those of 2013 in London. Back then, Lee Rigby, a British soldier, was attacked and murdered near the Royal Artillery Barracks by two Nigerian-born Muslims.

Police Commissioner Andrew Scipione told the public that the police had been working for their safety and that their efforts during the raids had efficiently thwarted ISIS’s plans.

Only last week, Australian authorities apprehended two Brisbane men who were planning to fight in Syria all the while recruiting jihadists and searching for financial support for Jabhat al-Nusra (or the Nusra Front). Colvin informed reporters that Thursday’s raids were a follow-up to last week’s arrests.

The government amended its terrorism threat from “medium” to “high” last week after the Australian Security Intelligence Organization had raised serious concerns. According to David Irvine, Director General of the domestic spy agency, Australians have been joining ISIS during the past year.