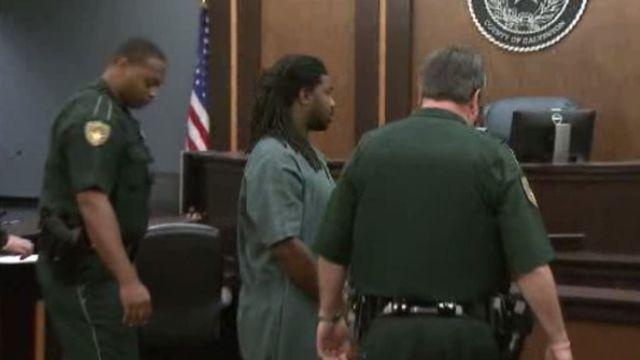 According to Virginia State Police, Jesse Matthew Jr., the suspect in Hanna Graham’s abduction case, has been linked to another murder that took place five years ago.

Forensic evidence has connected the suspect in the Virginia University Student abduction case, Jesse Matthew Jr., to the 2009 disappearance (and murder) of Morgan Harrington, a Virginia Tech student.

The 20-year old Virginia Tech student was last seen after she attended a Metallica concert in Charlottesville, on the 17th of October 2009, before separating from her group of friends. Three months later, police officers found her remains 10 miles outside of Charlottesville, on a farm. Few details were released about the 20 year old student’s death, however, her family claimed back in 2010 that her abductor had raped and murdered her.

“For the past five years, the Virginia State Police has been aggressively pursuing the investigation into the disappearance and death of 20-year-old Morgan D. Harrington of Roanoke, Va. Last week, the arrest of Jesse L. Matthew Jr., 32, of Charlottesville, Va., provided a significant break in this case with a new forensic link for state police investigators to pursue.”

While the police department confirmed that forensic evidence had been found that linked Matthew to both abductions, they didn’t specify what type of material this was. The FBI had stated in 2012 that the disappearance of Harrington had been linked with a Fairfax sex assault case that took place in 2005.

The Virginia University student was last seen on September 13th after she attended a party. Surveillance footage showed a man matching Matthew’s description next to Hannah. Police tracked Matthew down after having searched his car and apartment. The suspect evaded arrest, but was nevertheless arrested in Galveston, Texas, on September 24th.

“We’re going to do whatever we can to assist Virginia to locate that young lady,”

Galveston County Sherriff Henry Trochesset told reporters last week. He explained that his deputies had already received instructions to begin searching the area where Matthew was camping out, in hopes that they might find Graham.

Two other similar disappearance cases have run cold in central Virginia. Samantha Anne Clarke, 19 and Dashad Laquinn Smith, also 19, are two other girls who disappeared in Charlottesville in 2010 respectively 2012.

“Last week, the arrest of Jesse L. Matthew Jr., 32, of Charlottesville, Va., provided a significant break in [the Harrington] case with a new forensic link for state police investigators to pursue,”

Virginia State Police spokespeople said in a statement. According to them, there is still a lot more work to be done in order to solve the two cases. Police officers ask the public for their patience until the investigation comes to an end.