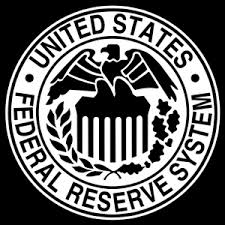 The biggest U.S. banks are targeted by the Federal Reserve, who plans on adding costly new requirements that could reduce the risk of financial firms remaining too big to fail.

Six years after the financial crisis erupted, Daniel Tarullo, Fed Governor, explains that they mean to impose a capital surcharge. This modification would have U.S. banks required to maintain cushions that protect against losses. And this surcharge, however similar with the one agreed upon by international regulators, will be tougher on U.S. banks.

The Federal Reserve will also be penalizing those U.S. banks that rely on overnight loans and other types of volatile short-term funding solutions, and this penalty will determine the size of the capital surcharge.

As a result of this surcharge, many U.S. banks will be required to increase their capital cushions much more than global rivals will have to. However, this decision will follow the debate that will address whether Washington is merely better-protecting its banks or ensuring that they start off at a competitive disadvantage as opposed to global rivals.

The additional capital that banks will have to add will be determined shortly.

There have been several modifications after the financial crisis and banks have been required to increase their capital cushions, so much so that according to a Federal Financial Analysis, between 2007 and 2013, over $29 billion were added to their capital.

The Federal Reserve’s intention is to increase the resiliency of these firms by making sure that the amount of loss-absorbing capital is enough to counter any potential risk to the financial stability of banks.

Banks such as Goldman Sachs Group In. or Morgan Stanley will be the first banks affected by the surcharge, as they rely especially on large short-term loans that are meant to help finance activities on clients’ behalf.