You are here: Home / Health / WHO Warns that Ebola Cases Could Reach 20,000 by November 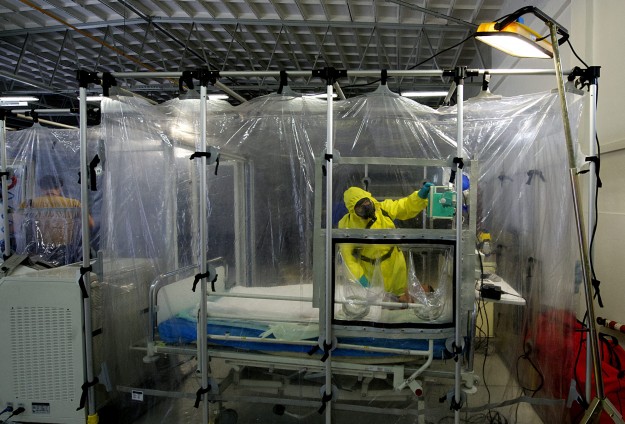 A World Health Organization report suggests that the number of current Ebola cases in West Africa could quadruple to over 20,000 by November if monumental efforts aren’t made to hinder the transmission of the hemorrhagic fever.

According to the researchers who published the study in the New England Journal of Medicine, the West African outbreak could become an endemic among the countries currently struck by the virus (Guinea, Sierra Leone and Liberia), especially if the threat isn’t adequately contained.

“The numbers and cases and deaths from [Ebola] are expected to continue increasing from hundreds to thousands per week in coming months,” researchers note, especially “without drastic improvements in control measures.”

This information is particularly worrisome and comes after the World Health Organization has released new information about death counts: since the outbreak began, 2,800 people succumbed to the deadly virus, while 5,800 were infected. However, the agency notes that the true number of cases as well as deaths is higher, especially because of the national fear and stigma surrounding the illness, forcing people to hide their symptoms and not seek medical attention.

Researchers have explained why this rapid acceleration is occurring: according to them, every infected Sierra Leone citizen infects roughly two other citizens and while these multiplication rates are slightly lower in Guinea and Liberia, they still represent an exponential increase in infections. This transmission rate translates into a 20,000 case count by November if the affected countries don’t immediately take measures to forcefully disrupt the disease’s transmission.

According to the report published by the WHO, cases of the disease are doubling roughly every two weeks in Guinea, every 24 days in Liberia and every 30 days in Sierra Leone.

The Centers of Disease Control and Prevention have also produced an estimate of their own (which hasn’t yet been publicly released), suggesting that the Ebola epidemic could reach more than 500,000 infected cases by January.