You are here: Home / Business / Dresser Rand Bought by Siemens for $7.6 Billion 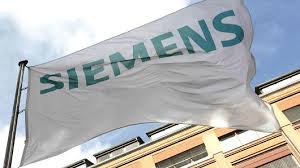 The industrial conglomerate Siemens AG agreed on Monday to buy the U.S. oilfield equipment maker Dresser-Rand Group Inc. in an attempt of boosting Germany’s oil and gas business in the States.

Dresser-Rand’s board of directors unanimously supported Siemens and its $83 per-share bid. In fact, on Friday, Dresser-Rand had a closing price of $79,91 per share, up 27 percent over the last three months because of a takeover speculation.

Only minutes after the Friday close, Dresser-Rand announced that it had sold 50 percent of its stake in BSH Bosch und Siemens Hausgeraete GmbH to Robert Bosch GmbH, joint venture partner, for the price of $3.85 billion. In so doing, they effectively ended their 45 year-long alliance in household appliances.

Siemens’ Chief Executive Joe Kaeser told reporters on Monday that “As the premium brand in the global energy infrastructure markets, Dresser-Rand is a perfect fit for the Siemens portfolio. The combined activities will create a world-class provider for the growing oil and gas markets.”

Siemens had long desired to purchase Dresser-Rand as it would represent the boost the German company needed for expanding its oil and gas business. The buyout comes at a time when North American demand for energy equipment is booming.

Reuters data shows that Dresser-Rand performs trades at 24.6 times 12 month forward earnings, as well as a 60% premium to other oil peers and gas equipment services.

At the end of June, Siemens had cash reserves of over 8 billion euros to invest in the right acquisition. According to CEO Kaeser, the company was more focused on restructuring and less concentrated on acquisitions but that, if the right opportunity would present itself, there was enough financial firepower to ensure a positive outcome.

After the transaction, Siemens expects to earn more than 150 million euros per year in synergies. The purchase compliments Siemen’s market position perfectly where turbo compressors, downstream and industrial applications and steam turbines are concerned.

The deal is expected to go through by the summer of 2015 when Dresser-Rand will have tied up loose ends in its household appliance venture with Bosch. Before the transaction will be completed, 250 million euros will be going the way of both Bosch and Siemens.

However, other potential rivals might give Siemens a run for its money. General Electric, for instance, was also considering a bid according to the Financial Times.