You are here: Home / Health / Doctor Sentenced to 10 Years of Prison After Poisoning Colleague-Turned-Lover 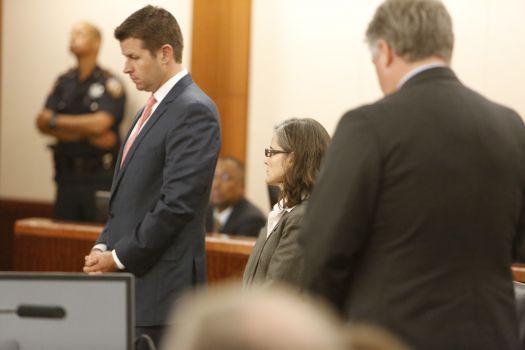 Ana Maria Gonzalez-Angulo, a cancer doctor, was sentenced to 10 years of prison after she poisoned her colleague-turned-lover. The decision was made on Monday by a Harris county Jury. In spite her attorney’s best efforts, the doctor was found guilty and her punishment would begin immediately.

“The sum of a human being’s life should not be judged by one event. It’s not the right result to send her to prison for a lengthy amount of time” – Attorney Derek Hollingsworth

This was Derek Hollingsworth’s closing argument in the assault trial of Ana Maria Gonzalez-Angulo. The doctor was practicing as a cancer oncologist for the MD Anderson Center. The attorney also mentioned that by sentencing her to prison, the jury will also make it impossible for her to practice medicine.

“She could still be a researcher, looking for ways to cure breast cancer. Or she could sit in a jail cell, be a ward of the state.”

Despite all attempts to absolve her of her sins, prosecutors decided that the 43-year-old deserves at least 30 years in prison. They believe that poisoning another ‘healer’ is a gruesome offence. The victim was George Blumenschein, a brilliant doctor with whom Ana Maria had an affair.

According to Justin Keiter, Gonzalez-Angulo had already given doctor Blumenschein a ‘life sentence’ because the damage that the poison had cause to his kidneys was irreparable, and would shorten his life-span. Gonzalez was found guilty for spiking her lover’s coffee with ethylene glycol, a toxic sweet-tasting chemical in anti-freeze.

Blumenschein was lucky. He survived the tragedy after undergoing emergency dialysis on the day when he was poisoned (January 27, 2013). The two worked together in one of the most famous cancer institutions. Gonzalez was responsible for terminal cancer research and treating patients. Doctor Blumenschein is an expert in neck and head cancers.

The news of Gonzalez’s impending sentence made international headlines. She was convicted of first-degree felony for assaulting her romantic interest according to the same law that addresses domestic violence. If she is jailed, Gonzales has to serve five years to life in prison. Even if she behaves, she will have to serve at least half of the sentence before she can be considered for parole.

Instead of prison, jurors also had the option of sentencing her to 10 years of probation. Jurors began deliberating right after the closings.