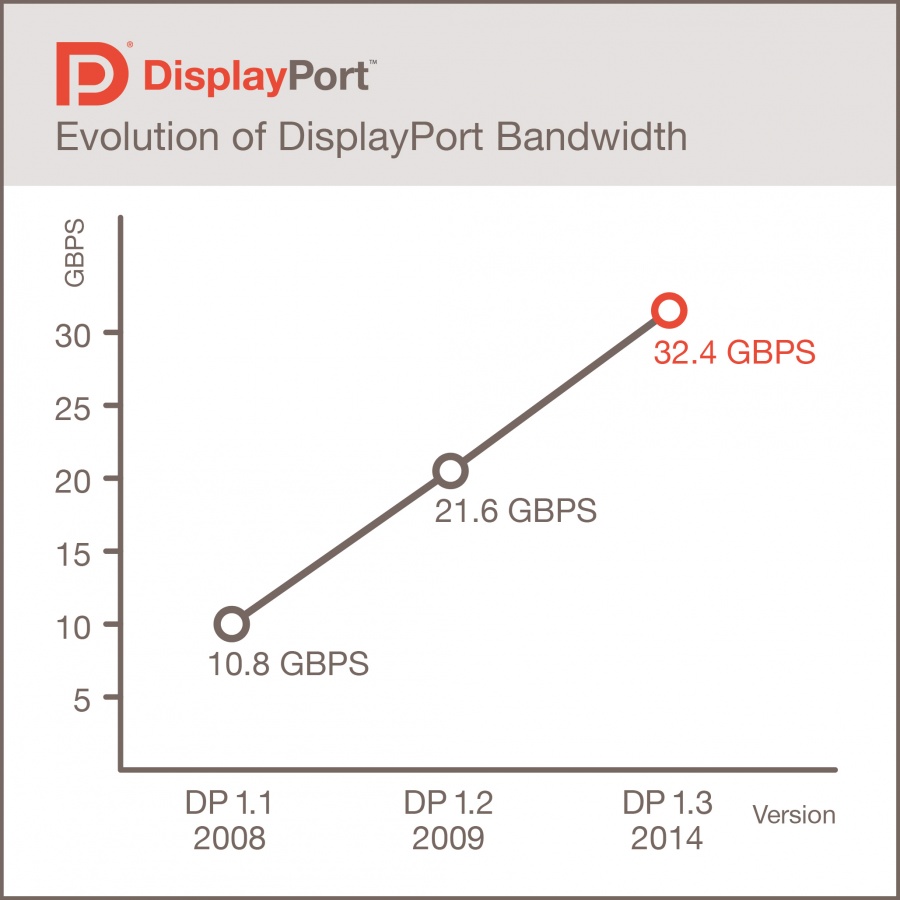 Gamers, your dreams will come true soon, as Video Electronics Standards Association (VESA), just announced a new DisplayPort standard. An upgrade was highly predictable, as the previous one took place in 2009, ages ago in tech times. With DisplayPort 1.3, users will be able to push 5K images to their monitors. That will be 5120 X 2880 pixels, or 15 MP. But until a new generation of 5K displays comes to the market, 4K monitor users have one reason to be excited. The new cable will allow 4K displays to smoothly run at 120 Hz.

Basically, the new standard will support a 50 percent data transfer increase. So while the 2009 standard allowed a transfer rate of 10.8 GBPS and the second version supported 21.6 GPBS, the DisplayPort 1.3 standard will have a bandwidth of 32.4 GBPS.

“While becoming a mainstream video standard, DisplayPort continues to be at the cutting edge of A/V transport,” said VESA Board of Directors Chair Alan Kobayashi, Fellow & Executive R&D Management for DisplayPort Group at MegaChips Technology America. “These new enhancements to DisplayPort will facilitate both higher resolution displays, as well as easier integration of DisplayPort into multi-protocol data transports, which will satisfy consumer’s desire for simplicity and ease-of-use.”

So that will mean that you can actually run two 4K monitors at the same time, but only at a 60 Hz. Still impressive though. While we are not really sure if the video card industry is ready for this movement yet, DisplayPort 1.3 offers some future-proof characteristics. The 4.2.0 sampling method is natively support by the latest generation DisplayPort. Your future 8K display will not stay unused as the sampling method makes this port compatible with it.

How is that useful for you? Dell presented a 5K display earlier this month. Dell UltraSharp 27 Ultra HD 5K Monitor will be available later this year for $2.500. There’s a price to pay for a monitor with 1 billion colors. But the company has not divulged if the DisplayPort 1.3 is available.

Apple is allegedly working on a 5K display with a 27 inches diagonal and the market is getting overall ready to push the 5K displays into the market in 2015. You may think ‘Well, that’s too much for me anyway’, but as usual, the effect is that Full HD and Ultra HD displays will be cheaper next year.