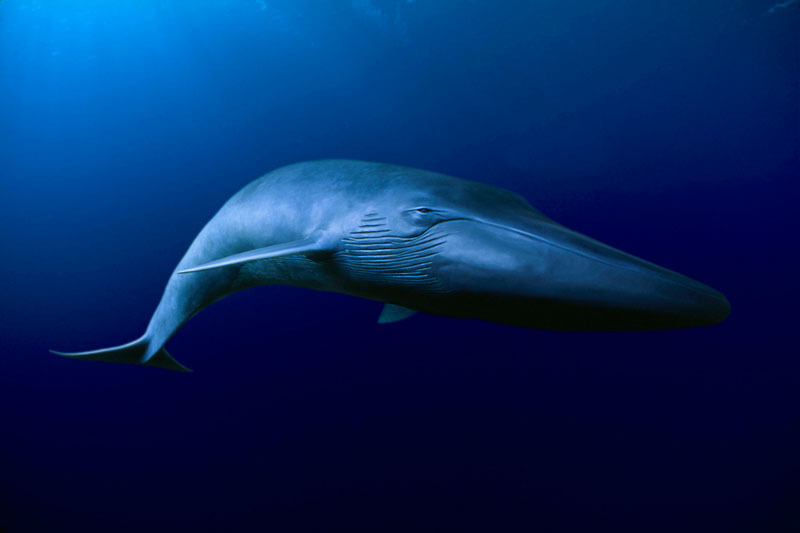 Figures from UN Environment Programme in 2010 were saying that about 150 to 200 species go extinct during one day. Humanity is still far from discovering and recording every animal species on Earth, but some good news arrived. The number of California blue whales has recovered to a historical high. With 2.200 specimen, the California blue whales returned to 97 percent of their 19th century population.

Whaling has affected numerous species and the California blue whales are the only one to have recovered so far. The recovery is regarded as a major conservationist success, but 2.200 seems to be the maximum level that the ecosystem can support. California is more of a nickname for the largest whales, as they travel along the North American Pacific Coast, even reaching Alaskan coasts. Researchers used a couple of methods to establish the number of California blue whales. Acoustic data helped researchers distinguish between multiple whale species found in the Pacific, including whales living close to the Russian and Japanese shores.

California blue whales are the largest animals on Earth. They are twice as larger than the biggest known dinosaur. Whaling dramatically decreased their numbers in the 19th and 20th centuries. Until the ban on whaling imposed by the International Whaling Commission in 1966, around 3.400 whales have been caught since the start of the last century. The numbers were compiled after formerly secret Russian archives became available.

Nevertheless, right now there is another threat to the recovering population of California blue whales. The Pacific is a crossed by many shipping routes. Each year there are 11 whales struck by ships along the U.S coastline. The maximum level permitted under the U.S. Marine Mammal Protection Act is 3.1, so the present number is a threat to the future numbers of California blue whales.

There are numerous lessons to be learned from this example. “Our findings aren’t meant to deprive California blue whales of protections that they need going forward. California blue whales are recovering because we took actions to stop catches and start monitoring. If we hadn’t, the population might have been pushed to near extinction–an unfortunate fate suffered by other blue whale populations,” Monnahan adds preventively.