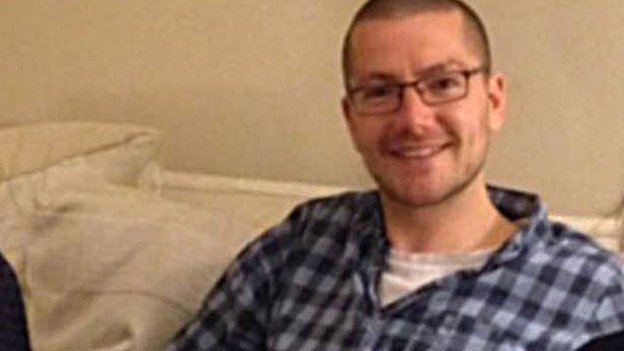 William Pooley, the Ebola patient in Britain who took ZMapp, the experimental drug given to two American aid workers, was released Wednesday from a London hospital.

The 29-year old had worked as a nurse treating Ebola patients in Sierra Leone and on Wednesday thanked the Royal Free Hospital staff for its successful treatment of his case. He said he was “wonderfully lucky” to have survived.

Pooley, from Eyke in Suffolk, contracted the virus after five weeks volunteering at a clinic in Kenema, where he was helping to treat patients with Ebola. He was flown back to Britain on Aug. 24, in a specially equipped C17 RAF aircraft. “I was really lucky in several ways.

First, I received care, which is a world apart from what people are receiving in West Africa at the moment, despite a lot of organisations’ best efforts. I had amazing care, which is one difference. The other difference to a lot of Ebola cases [was] that my symptoms never progressed to the worst stages of the disease.

The people I’ve seen dying, really horrible deaths really … I had some unpleasant symptoms but nothing compared to some of the worst of the disease, especially when people end up dying,” Pooley said. Pooley described being in the specially designed tent with a controlled ventilation system at the hospital, as “like being in a fish tank” but stressed that the lack of privacy had been the least of his concerns. “I was worried I was going to die,” he said.

Unable to have any direct contact with his parents, Pooley was able to talk to them via a telephone link into the isolation tent. His father explained: “We can stand and see him indistinctly through the glass and the polythene.” Pooley received the experimental drug ZMapp, which has proved effective in tests on monkeys, but its impact on humans is still controversial. Well it worked for Pooley and it is also credited with saving the lives of the two American missionaries earlier last month.

Dr. Kent Brantly and Nancy Writebol both contacted the virus in Liberia, earlier this year. Colleagues said he caught the disease, transmitted through contact with blood or other bodily fluids, because he was working such long hours that he was bound to “make a mistake” in his precautions. There is no known cure for Ebola, no proven treatment and no vaccine. Treatment consists of giving fluids, monitoring vital signs and responding to acute medical crises. Symptoms include fever, aches, diarrhea and bleeding.