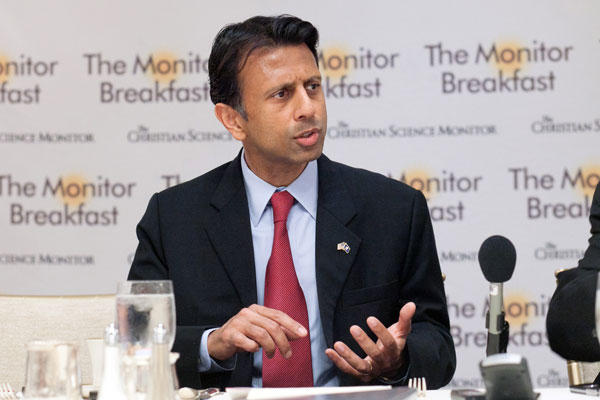 Louisiana Republican Gov. Bobby Jindal is still pondering a possible presidential run and told reporters that his decision will only be made after the November elections.

In spite of the fact that his name hasn’t created much reaction in the CNN/ORC poll for possible presidential candidates for the 2016 elections, Jindal says that his decision will only be influenced by personal belief.

“If I were to decide to run for 2016, it would have nothing to do with polls or fundraising”, Jindal told reporters on Tuesday.

Actually, the Louisiana Gov. explained that his decision making would follow the steps it also went through during the 2003 Louisiana governor elections (when he lost), the 2004 U.S. House elections (when the Louisiana Gov. won) and for the 2007 governorship- Jindal won overwhelmingly and was then reelected in 2011). His concern will be whether or not he can cause a significant difference and if his contribution can be unique.

Jindal was the youngest governor to be elected in the United States at the time when he ran for office. After his election, he proved significant interest for policy papers. Additionally, the former Rhodes student with significant experience in health care presented his plans to amend the Affordable Care Act during previous breakfasts with the Monitor.

On Tuesday, however, the Republican Gov. came prepared with a 47-page-long proposal on the energy policy that would promote the United States to the first global position of energy producers. Jindal pointed out that America has the potential of producing clean energy from its oil, natural gas and oil reserves.

Jindal then addressed the continuous delays that the Obama administration had caused in the Keystone XL pipeline project that aimed to deliver oil from Canada to the Gulf Coast.

Regarding his possible presidential bid, Jindal celebrated the progress that Louisiana had made during his governorship and noted that the state has now become a place where more people are arriving than leaving. He also underlined that the economy had experienced a significant economic growth (twice the rate of other states in the nation) while creating over 50,000 jobs.

Concerning midterm elections, Jindal suggested that voters become aware of the fact that Mary Landrieu is completely disconnected from Louisiana voters. Landrieu, Democratic Senator is facing a possible loss this fall, as Republicans close in for her seat. Jindal noted that the Senator had not been able to persuade the President to agree with the Keystone pipeline project despite belonging to the Senate Committee on Energy and Natural Resources.