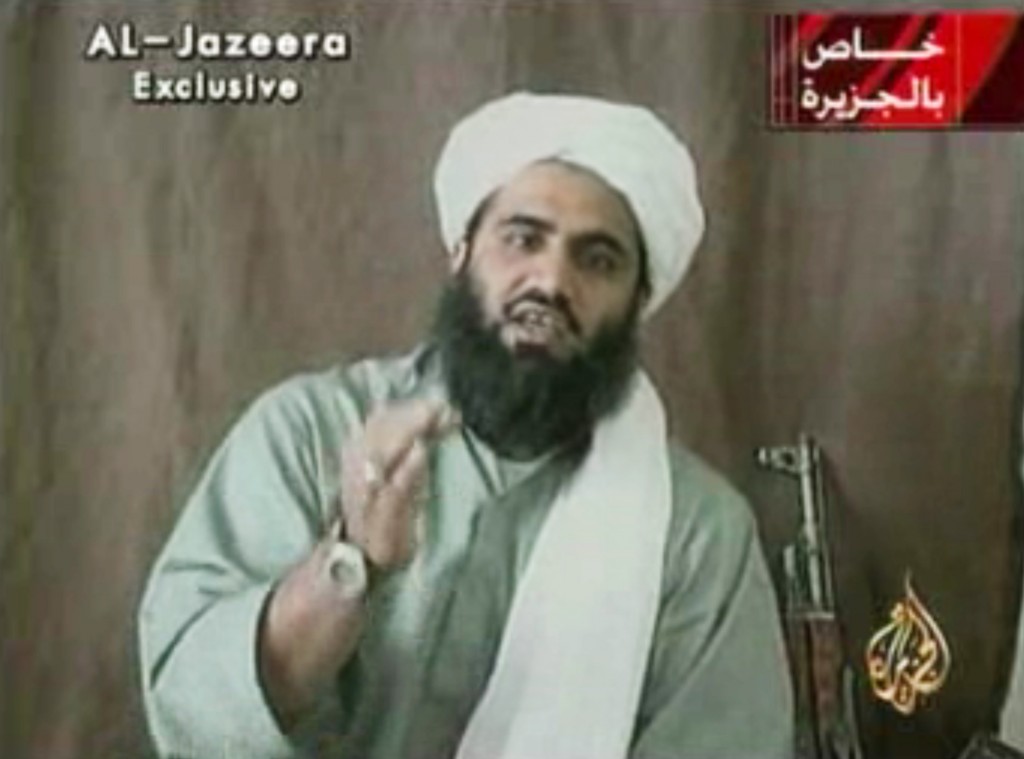 Sulaiman abu Ghaith, Osama bin Laden’s son-in-law and a top Al Qaeda leader was sentenced on Tuesday by a New York court to life in prison without the possibility of parole. Ghaith is therefore, the highest-ranking Al Qaeda operative to not only be convicted, but also punished in a United States civilian court.

The 48 year-old had already received sentences on three federal charges, including supporting terrorists and conspiracy to kill Americans. Federal prosecutors had accused him of working together with Osama bin Laden in Afghanistan after the 9/11 attacks. Ghaith served as a spokesman for the terrorist group, often appearing in videos and warning U.S. officials that more terrorist strikes would follow. He was convicted in March for these federal charges.

According to Attorney General Eric H. Holder Jr., “Justice has been served,” and Ghaith “will never again set foot outside a prison cell.” The attorney general also applauded the ability of the “court system to deliver swift and certain justice in cases involving terrorism defendants.”

Since the gruesome 2001 attacks, more than 500-terrorism related convictions were won by the Justice department in federal court, Sen. Dianne Feinstein (D-Calif.), chairwoman of the Senate Intelligence Committee, said.

According to her, the case involving Abu Ghaith “once again shows our federal criminal court system works and that we can successfully bring Al Qaeda terrorists to justice.”

There are others, however, who believe that interrogating terrorists would be much more productive than trying them in federal court. Sen. Kelly Ayotte, for instance, believes that Ghaith should have ended up in Guantanamo.

“Americans would be safer if he had been detained and interrogated at Guantanamo Bay in order to collect the intelligence necessary to protect Americans and prevent future attacks,” she said. “When we treat hard-core international terrorists like common criminals and focus on convictions rather than intelligence collection, we lose the information necessary to keep Americans safe.”

After being captured in Jordan, in March 2013, Abu Ghaith was handed over to U.S. authorities. During his trial, prosecutors presented several videos of him warning the United States and the West that great armies had been gathering against them and telling Muslims and other opponents of the United States to not board aircrafts or live in sky-scrapers.

In his defense, attorneys attempted to have Khalid Shaikh Mohammed, Al Qaeda leader, to testify that Ghaith hadn’t represented a key figure in the terrorist group. In turn, Ghaith claimed that he had just been polite towards Bin Laden when he had been asked to speak on behalf of the terrorist group after the 9/11 attacks.