You are here: Home / Technology / Apple iWatch Will be the Most Expensive Smart-watch

In a few days time, Apple will probably be announcing its highly anticipated iPhone 6, as well as its new iWatch smart-watch. According to reports, the upcoming iWatch will become the most expensive smart-watch on the market, with a price tag of 400$. Apple has always been famous for its high price range and premium product lines for laptops, tablets and laptops, but nobody was expecting a 400$ smart-watch. 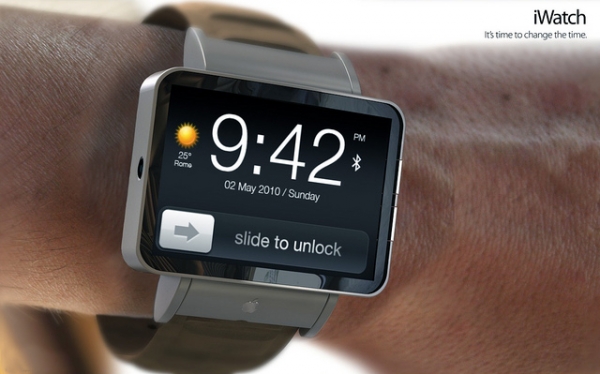 It seems that ‘The Cupertino, tech giant, plans to sell its wearable gadget at approximately the same price. Also, Re/Code said in its latest report that Apple executives are planning on reaching the highest price range for their smart-watch. There has been a lot of rumor about Apple’s new gadgets, and it is highly likely that its new competitive models will carry spicy price tags. Re/Code is a reliable source for pre-release rumors, so if it says that the iWatch will sell for more than 400$, it may very well be right. Nevertheless, until an official confirmation is made, they remain only rumors.

The press conference event  will be held on September 9. During it, tech enthusiasts expect the unveiling of the iPhone 6 as well as the iWatch (a name given to the device). Apple has already sent out its invites to the media, which means that it has confirmed the next launch event. However, the company has been extremely secretive about its latest products. Although there have been several video leaks and rumor roundups, we have to wait for the official announcement.

What gadgets have Apple’s competitors lined up for the fall? Tech giants like Google, LG, Samsung, Sony and Pebble have already launched their versions of the smart-watch. The NPD said that, at the moment, Samsung is leading in smart-watch sales in the United States. Pebble is currently on the second spot mainly due to its affordable prices.

Samsung is offering a great range of smart-watches with different prices at the moment. Even the high-end devices like Pebble Steel and Moto 360 have yet to cross the 300 dollar barrier, so how exactly will Apple justify its 400$ price range? The company already has to compete with existing brands that have kick-started their journey in the smart-watch market.

Effective market is the key for the Cupertino tech giant, but it has never been a problem in the past to justify their steep prices. We will have to see if a similar marketing strategies will work in the future.