You are here: Home / National News / Ambassador Power Trumpeting International Support Against IS but Failing to Name Supporters 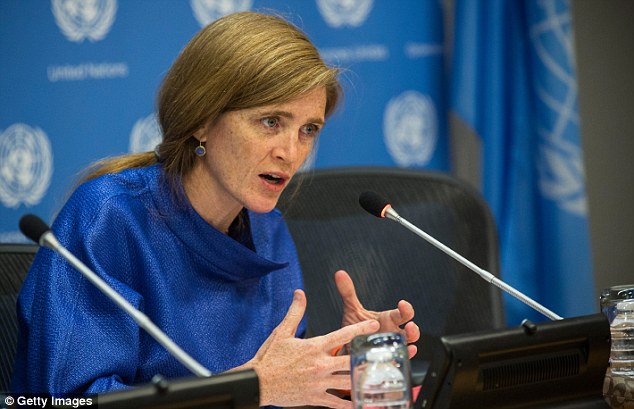 US ambassador to the United Nations, Samantha Power, claimed that America’s efforts to destroy the Sunni extremists wreaking havoc in the Middle East are being supported by over 40 countries. What the ambassador failed to mention was the extent of their commitment and of course, to name them.

France has already clearly shown the extent of their involvement in the war against the Islamic State when they joined the United States on the war front. They conducted airstrikes against ISIS targets. Saudi Arabia, too, has become actively involved when they offered to train moderate anti-Islamic-State group fighters.

Other states, however, haven’t been so forthcoming in their support. Turkey, Egypt and Qatar for instance, haven’t made it clear if they will join the airstrikes or if they will contribute combat troops to aid Iraqi forces in fighting off the extremists. Curiously enough, Turkey has the second largest army in NATO and is also home to the Incirlik US Air Force base.

Until now, Turkey has only agreed to humanitarian efforts and hasn’t signed any other agreements mandating their military participation. It also appeared not too eager to engage the Islamic State because of the 49 hostages that had been captured by the extremist group in June. However, the hostages were released, thanks to the efforts of Turkish intelligence agencies, and reunited with their families yesterday.

Ambassador Power noted on Sunday that the United States will no longer be performing airstrikes by its own and told reporters that efforts to destroy ISIS would surely last several years.

On Friday, Turkey opened a stretch of its Syrian border to allow Kurdish refugees to safely flee their villages, which were being overrun by IS militants.

Power’s statements come before the annual U.N. General Assembly meeting scheduled this week in New York, an assembly that president Barack Obama will also attend. On Wednesday, the U.S. President will address the UN Security Council and raise the matter of the Islamic State and their violent advance.

What Ambassador Power did not fail to mention was the fact that the United States was not having any problems in getting other countries to commit to the battle against IS. She noted that officials had in fact noticed a wide range of support against the group that has beheaded and massacred ruthlessly as they advanced through Iraq and Syria.

Russia has also begun to fear that ISIS’s surge into northern Iraq might have significant repercussions on the global economy, Power claimed during her statements, noting that Secretary of State John Kerry had accurately described the situation we are currently in: that everybody can do something so that the threat is stopped.