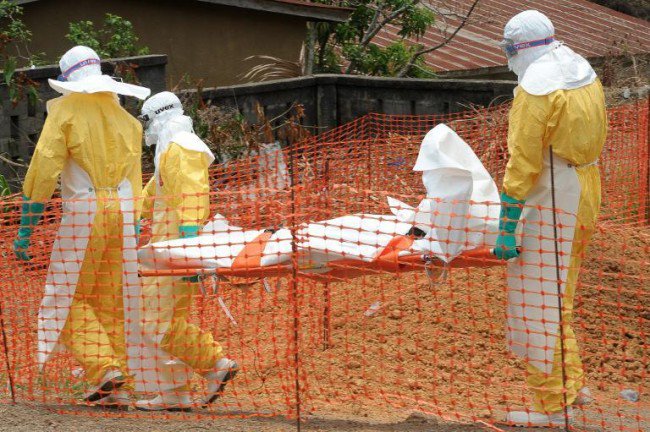 New forecasts revealed on Tuesday suggest that every 30-day delay in the isolation of an Ebola patient will result in the tripling of daily cases of the hemorrhagic fever epidemic that is decimating the populations of West African countries.

World leaders are gathering this week in New York for the annual United Nations meeting and U.N. Secretary General, Ban Ki-Moon has called for a special session addressing the Ebola crisis. The Secretary General aims to discuss a scale-up of international efforts in the fight against the deadly virus that has already claimed the lives of 2,700 people and has infected at least 5,500 in West Africa.

Aid centers as well as nonprofit organizations working together to fight the Ebola outbreak in the countries worst hit by the disease (Liberia, Sierra Leone and Guinea) ask world leaders to deliver on three different fronts: more isolation centers, an increase in healthcare workers and more equipment (such as protective gear, disinfectant and other supplies)..

“We hope the U.N. is able to mobilize additional financial and technical support, and increase pressure on member states to step up their direct and multilateral contributions to fight this global health disaster,”

According to recent U.S. Centers for Disease Control and Prevention estimates, the case load in Liberia and Sierra Leone could reach 500,000 people by late January if significantly faster steps aren’t made to control the spread of the deadly virus.

“For each day we are not effectively isolating people, not only are people dying, not only are they infecting others but also the job of getting it under control is much, much more difficult,”

According to the CDC forecasting tool that calculates the trajectory of specific diseases and the impact interventions have on their spread, if around 70 percent of patients would be hospitalized or brought in controlled settings and if public health measures were used (safe burials for instance), the disease could be brought under control. If not, cases triple every month, the tool showed.

Gayle Smith, White House Senior director for global development on the National Security Council, ensured the public that community cares will represent part of the response. She explained that 400,000 vulnerable households had been identified by officials and that community leaders were working on delivering healthcare kits.

On the other hand, Emmanuel D’Harcourt, senior health director at the International Rescue Committee aid organization, explains that fear and distrust of government are widespread in the communities most affected by the virus. Additionally, anger over foreigners who arrive in protective gear and take loved ones to medical facilities where entrance is prohibited, limits the global efforts to control the disease.