You are here: Home / National News / Afghanistan Chooses New President in the Stretch for a New Government 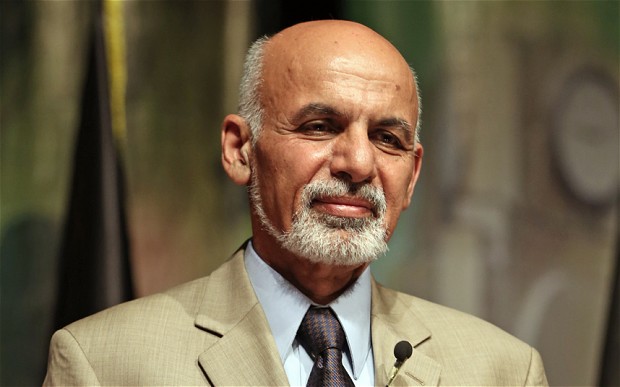 Former finance minister, Ashraf Ghani was named the new Afghanistan president after a period of serious turmoil during the much contested presidential elections. On Sunday, President Hamid Karzai’s departure was all but final, while the agreement between the two presidential candidates had been prepared before the official announcement.

The agreement will allow American troops to remain stationed on Afghanistan’s territory after their mission comes to a close at the end of this year.

Since 2001, when the Taliban fell, two presidents will have represented Afghanistan. Ghani will become the country’s second president while taking on some extreme challenges: he has to not only continue facing the ever-growing Islamist militancy threat but also maneuver around severe budget shortfalls and the imminence of government bankruptcy. Apart from all these issues, rampant public corruption is another factor that President Ghani needs to take into consideration.

The second-place finisher will also receive important functions and responsibilities according to the agreement that was signed between the two presidential candidates. Abdullah Abdullah will be named Afghanistan’s chief executive right after the inauguration. As such, a new government will be formed just as U.S. leaders were growing weary of former president Karzai. The agreement had been a priority for the Obama administration, after Karzai’s government refused to sign a bilateral agreement ensuring the 15,000 foreign troops to remain stationed in Afghanistan after the official NATO mission ends in 2014.

However, the presidential candidates didn’t hesitate to assure Secretary of State, John Kerry (who had a direct involvement in the securing of the agreement) that such a deal would be signed as soon as they took office next week. As such, over 9,800 American troops would also maintain their position in Afghanistan for at least another year.

What many fear, however, is that the former rivals, who couldn’t even speak to one and other, can’t efficiently lead a country with such a long history of ethnic violence.

Speaking about the unity agreement, Jafar Mahdawi, a Kabul lawmaker who supported the new Afghanistan president said: “In the short run, [it) will mitigate the tensions, but in the long run will be the source of troubles.”

However, the United States believe that the agreement marks the opportunity for increased stability in Afghanistan , urging all Afghans to cooperate and support the agreement so as to finally create calm and peace in their country.

The Afghan Independent Election Commission, which named Ghani the winner, failed to release his margin of victory.