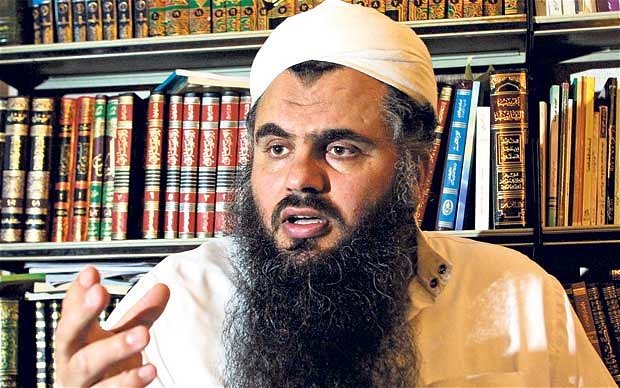 A Jordanian military court acquitted Abu Qatada, radical Muslim preacher, of all charges. Qatada had been accused of playing a role in the plotting of attacks against Israel and the United States. The sentence was pronounced on Wednesday.

Civilian judges presided over the hearings and handed down the ruling, which marked the end of a lengthy legal journey for Qatada. The cleric was famous for his fiery and provocative pro-al-Qaida speeches, however, he has recently emerged as a harsh critic on the actions of the extremist group known as the Islamic State.

The judges ruled that the evidence presented against Abu Qatada was insufficient to prove his guilt. After the ruling, Abu Qatada’s defense attorney, Husein Mubaidin declared that he expects his client’s release within hours.

Abu Qatada had been charged for is involvement in the so-called “Millennium plot”, where Osama bin Laden and his fighters had targeted Israeli and American tourists as well as western diplomats in Jordan, in 2000. Abu Qatada had allegedly been a onetime lieutenant to Bin Laden.

The clergyman was also charged in a separate case for being involved in the foiled 1999 plan that had attempted to attack an American school in Amman. The 53-year-old preacher pleaded not guilty in each of the two trials he was involved in. Qatada was acquitted in June for the 1999 events.
After his acquitting in the Amman courtroom, Qatada’s relatives exhaled with joy while the cleric, who had been seated in a defendant’s cage for the ruling and was being guarded by armed riot police, was immediately taken out of the courtroom. He made no comments to the media.

While detained in Jordan, Abu Qatada harshly criticized the actions of the Islamic State, whose fighters have barbarically killed thousands of people, displaced hundreds of thousands of Kurds, beheaded westerners and captured enormous portions of land in both Iraq and Syria over the summer.

At an earlier court appearance, the preacher noted that the Islamic State group must be vanquished, as they have no ability to build, just to kill and destroy.

Abu Qatada, who was born in West Bank, fled Jordan in 1993 and arrived in Britain using a fake passport. One year later, the British government granted him asylum. He later on wore out his welcome after authorities began suspecting his militant activities.

For charges against him, the cleric was convicted in absentia to life in prison. However, as he was extradited to Jordan in July 2013, his sentences were suspended and new trials were ordered.