You are here: Home / National News / 9/11 Tribute in Light Installation over Ground Zero 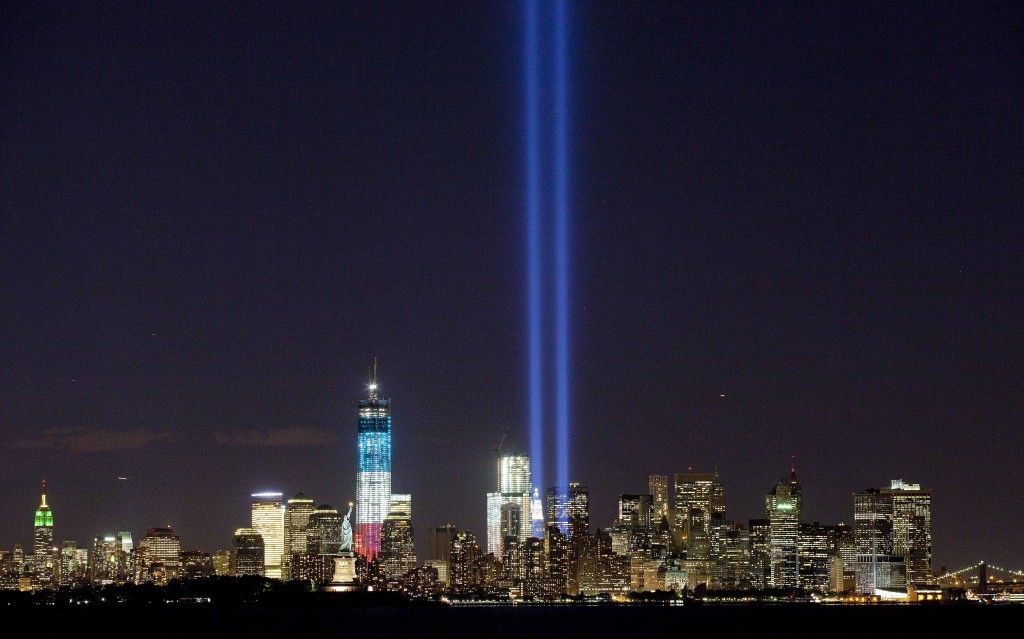 On September 11th, a light installation in Manhattan will illuminate Ground Zero until dawn of September 12th so that all those within view of the Manhattan Skyline will remember what happened 13 years ago.

The Light installation is built so as to resemble the Twin Tower’s descent and will serve as a reason for reflection. For over a decade, the Tribute in Light has become an international symbol that reminds everyone of the tragedy that occurred on 9/11.

After the Twin Towers fell, Michael Ahern, events producer, was approached to help create the memorial at ground zero. Ahern immediately agreed to be a part of such a large project and in March 2002, assembled a team of electricians, technicians, producers, mechanics and stagehands who then created what is now a defining memorial to 9/11.

“It triggers a whole host of feelings and memories, and the things you aspire to that are without conflict and without aggravation. It’s symbolic of survival and carrying on”, Ahern said when asked about the memorial.

He also explained that creating this memorial was his favorite project just because it is pure and simple, and because everyone can make it what they wish it to be. New York artists and architects, such as Gustavo Bonevardi and John Bennett have all collaborated in conceiving the memorial. The project which cost hundreds of thousands of dollars to create is now under the National September 11 Memorial and Museum supervision. It beams from the Battery Parking Garage on St. Morris Street, where 88 enormous light installations lie. Together, they create the footprints of the two towers, with each Space Cannon requiring 8,000 watts.

Right before dusk on September 10th, stagehands began removing the covers and flipped the power switches, doing the honor of reminding everyone present that hope still exists even after the horrible events that took place on September 11th 2001.