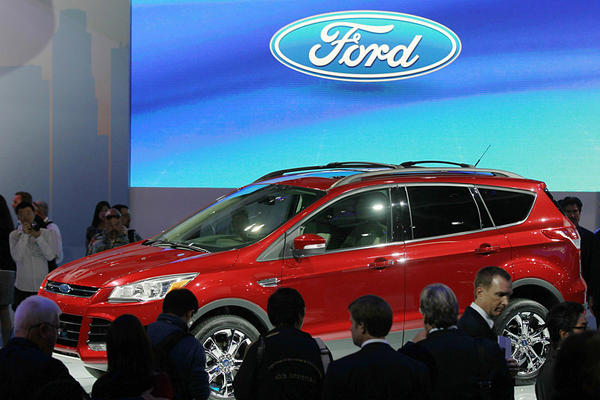 United States car manufacturer, Ford, announced that it will recall 850,000 cars all over North America due to a potential airbag fault.

According to Ford, they have discovered a glitch that could potentially generate a short circuit which in turn could render airbags useless. As Ford describes it, the short circuit causes the airbags to not properly deploy during crashes.

In the affected vehicles, the restraints control module may experience a short circuit. If a short circuit occurs, the airbag warning indicator will illuminate. Depending on the location of the short circuit, the deployable restraint systems (e.g., airbags, pretensioners, side curtains) may not function as intended in the event of a crash, increasing the risk of injury. The short circuit may also affect the function of other systems that use data from the restraints control module, including stability control. In these cases, the corresponding warning indicator lamps would also illuminate.

Ford said about the issue.

The vehicles that will be recalled include the 2013 and 2014 C-Max, Fusion, Escape as well as Lincoln MKZ models. The Escape, throughout its short life, seems to have been especially recall-prone. Until now, no injuries were caused by this problem, Ford told reporters. They also noted that dealers would fix the issue free of charge.

Curiously, other carmakers have also been recalling their vehicles recently. General Motors, for instance, Ford’s rival, had to recall more than 220,000 cars because of a brake defect. A faulty ignition switch also caused the recall of other GM produced vehicles, as it caused the disabling of airbags during crashes.

Together with Ford’s and General Motors’ recall, more than 15 million cars were recalled in 2014 alone.