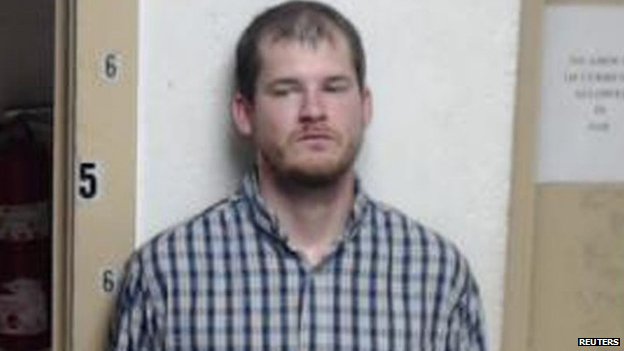 An investigation is underway involving authorities from at least three states after the lifeless bodies of five children were found in central Alabama. The children had been wrapped in garbage bags.

According to Sgt. Steve Jarrett of the Alabama Dept. of Public Safety, law enforcement officers are normally seasoned when it comes to homicide cases, but even they find it especially hard to have to deal with cases such as these. He adds that investigators working on this scene are probably witnessing the most horrible things they have seen but that they are focused and doing their jobs.

Authorities already have a suspect: the 32 year old Timothy Jones, from Lexington County South Carolina, the children’s father. It would seem that the man killed his children in South Carolina before driving all the way to Alabama to dispose of the bodies. The man was taken into custody on Saturday in Mississippi, when he was routinely pulled over by the police and the officers noticed a strange smell inside his car.

Sheriff Charlie Crumpton, from the Smith County Sheriff’s Office, the officer who pulled Jones over, explains that the car smelled like dried blood and body fluids mixed with chemicals. After his arrest, Jones himself led the authorities to where he had hidden the bodies in Alabama.

Investigators there are now searching the scene along a rural dirt road.

Jones will be held in Mississippi until his extradition papers go through and he can be returned to South Carolina, where he is already wanted for child neglect charges.

The children suspected of being killed by Jones range between 1 and 8 years old. The mother of the children, who had divorced Jones, reported the children missing on September 3rd.

Neighbors had reported Jones to Social Services after noticing the way that the children were being neglected.