You are here: Home / Health / Work on Ebola Drugs Could start in U.S. Emergency Labs

Currently, the United States has three facilities that are especially established to quickly produce vaccines and therapeutic agents if and when major public threats occur. These facilities have assured the U.S. of their support and involvement in aiding the government with the Ebola situation that is spiraling out of control. 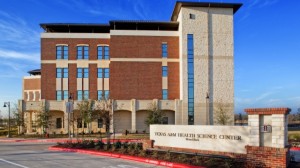 The establishments are called “Centers for Innovation in Advanced Development and Manufacturing” (ADM). The U.S, department of Health, Human Services and the private industry have worked together in setting up these facilities so that in the case of pandemics or other threats (nuclear, biological, radiological, chemical), the U.S. can quickly respond.

Within these facilities, production lines can instantly be switched to manufacture different products. For instance, a smallpox vaccine could be produced if the virus ever re-emerged. Anthrax vaccines could also be worked on, as well as many other compounds that are potentially lifesaving. Consequently, these centers are created as a means of fighting against bioterrorism and natural outbreaks.

Brett Giroir, chief executive at the Texas A&M Health Science Center (one of the three facilities) stated that they are prepared and that the government could call them at any time.

Another issue is whether global health agencies should work towards making experimental drugs, which have only been tested on monkeys, available to patients suffering from Ebola in West Africa.

Bioethics committees have already been formed and the World Health Organization is discussing issues such as deciding which patients receive treatment or vaccines and which don’t. U.S. officials keep reminding the public that effective health measures are paramount and that quarantine is one of these measures if the disease should be stopped from spreading.

There are currently three treatments that have shown promise where Ebola treatment is concerned. ZMapp, the drug developed by Mapp Biopharmaceutical contains monoclonal antibodies; a vaccine from Profectus and a RNA-interference drug which is being worked on in Vancouver. The latter just received FDA approval to resume its safety trials with human volunteers.

The three facilities that could now begin work on possible Ebola treatments are required to be able to not only produce vaccines against pandemic flu, but also have the ability of producing such a volume of products that a sudden spike in U.S. demand can be met.

Together, all three facilities can produce and deliver more than 50 million doses of vaccine against pandemic flu within three months. And since Ebola treatments wouldn’t require nearly as many doses, Giroir is confident that the facilities could meet the government’s expectations.