You are here: Home / National News / Wartime Situation In West Africa Due To Ebola Outbreak

According to Reuters, West Africa now finds itself in a wartime-like situation, where not only medical supplies and treatment options are dwindling, but also where food shortages begin to be a reality. On Friday, the Liberian government explained that this situation might take more than six months to solve.

According to the World Health Organization, its staff had discovered evidence of an alarming underestimation of the scale of the outbreak. The number of reported cases and deaths don’t accurately portray the gravity of the outbreak, so the WHO will be scaling up its response and will massively involve itself in the management of this worldwide crisis. 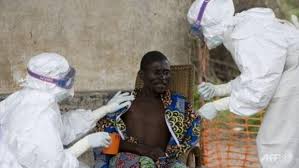 In fact, the WHO has received some criticism as to the moment when they declared the Ebola outbreak a “public health emergency of international concern”. They did so on the 8th of august, but many believe that the World Health Organization hasn’t moved quickly enough.

MSF President Joanne Liu spoke about the situation that Sierra Leone, Liberia, Guinea and now Nigeria are facing and compared it to a wartime situation. According to her, the frontline is continuously moving and because of the fact that no one can predict how the outbreak will evolve, the WHO has to take leadership and send its experts in affected territories.

On April 1st, while the MSF Director General, Bruno Jochum had been describing the Ebola outbreak as “exceptional” and “unprecedented”, WHO spokesman Gregory Hartl was assuring the public that the outbreak was relatively small and that there was no reason for concern.  Considering this situation, Liu noted that the World Health Organization had received a wakeup call that was a little too late.

While Liberia has already deployed troops to ensure the quarantine of the most affected zone (the tri border area), Information Minister Lewis Brown noted that his country is in grave need of health personnel.

Liu is confident that in the next six months, the epidemic will be closer to getting contained if Liberia will be stabilized.

The Quarantine measures that were enforced in Lofa, a county of Liberia, have created a threat of food shortages and have forced Liberia to request food aid from donors.

Brown warned officials that quarantine measures will become useless if water, food and medical supplies aren’t brought into affected communities. He added that no amount of checkpoints will suffice when the people are starving.

Consequently, international agencies are now arranging for food flights and convoys to reach the Western African countries in need of help.