You are here: Home / National News / President Obama Faces the Difficult Decision: Should the US Become Involved in the Syrian Conflict?

For the past three years, president Obama has firmly maintained his position that the United States would not be intervening in the Syrian conflict. The pull of military action in Syria has grown stronger, however. Can the beheading of American Reporter James Foley be the last drop in a sea of tension and could the threat that the Islamic State poses to U.S. interests be enough to change the president’s viewpoint? 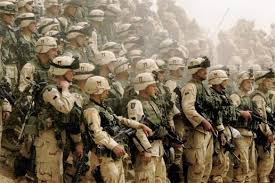 Even in the past, as the Syrian civil war’s appalling death toll reached 200,000, president Obama wouldn’t be moved in his conviction that the United States had nothing to gain from involving itself military in Syria. The Syrian government used chemical weapons against its civilians while the Islamic State had been slowly strengthening its forces throughout the entire chaos and yet, the U.S. seemed uninterested.

In light of recent events, President Obama now has a huge weight on his shoulders as the decision grows nearer. Military leaders are also pressuring the president to consider going after the Islamic State extremists inside Syria. However, he must weigh their arguments against his own aversion to the idea of involving the United States into a conflict that will surely end with grave consequences.

White House officials have proposed airstrikes as possible options for the situation in Syria, while other specific military suggestions have not yet been worth presenting to the president.

Ben Rhodes, Presidential deputy National Security Adviser declared that the White House already began considering all its options when it comes to what is necessary to deal with the evil that is the Islamic State. Rhodes underlined that the United States would not be bound by border restrictions, should they chose to act.

President Obama has several reasons for not wanting to involve himself again in military action in the Middle East. First and foremost, he ran for office on the promise that he would bring the children of America home. This means, he pledged to end the Iraq war, which he did in 2011. However, he stepped back on his promise, partly, when he ordered limited airstrike campaigns against ISIS leaders and targets this month.

The President insisted that no American combat troops would be sent on a new battleground in the Middle East. He also knows, however, that involving the U.S. in lengthy airstrike campaigns and committing military to the region (that would now include Syria as well as Iraq) could consume the majority of his remaining time in office.