Two-dozen people were rescued on Sunday from a Maryland roller coaster that got stuck, leaving the passengers, including some children stranded for hours.

The park in Upper Marlboro, Maryland, is home to the high-speed coaster called Joker’s Jinx, probably in a predestined way.

It came to a sudden stop on Sunday afternoon about 79 feet in the air. Two-dozen passengers, including seven children, were stuck on the ride for five hours before being evacuated. No injuries were reported. 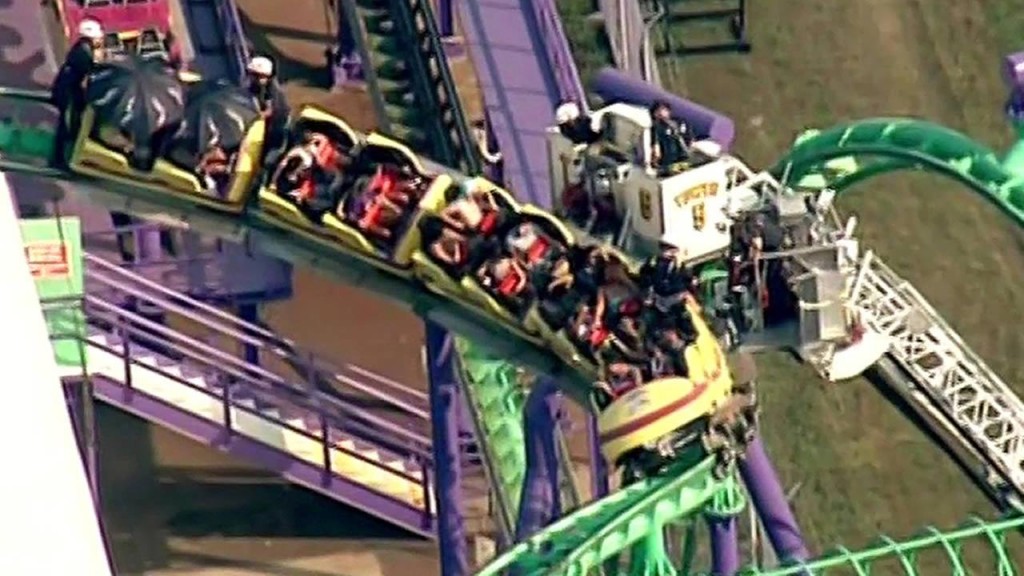 “Water, umbrellas and sunblock were given to the trapped passengers as a ladder with a bucket was raised to bring the riders to safety,” reports say.

The Joker’s Jinx reaches speeds of 60 miles-per-hour with four upside down turns. Fortunately for the passengers, they were right side up when the ride unexpectedly came to a stop.

The Washington Post reports the ride became stuck around 2:30 p.m. and was reached by firefighters around 4 p.m. By 7:30 p.m., all the passengers had been rescued.

Apparently this sudden ordeal may have saved the passengers from something much worse. A Six Flags employee said the ride is programmed to press the brakes when it senses danger, and “performed as it is designed to.” But still it’s not known what exactly caused the Joker’s Jinx to stop.

The Joker’s Jinx “has a cutting-edge linear induction motor launch system that will get you from 0 to 60 miles per hour in just over three seconds,” according to the Six Flags website. The ride was introduced in 1999.

Prince George’s County Fire and EMS crews had to use a high angle rescue to get them down. Each person was taken by a rescue bucket and lifted into the air by a 105-foot tower ladder on rescue equipment and then down to the ground.

Probably the biggest roller coaster accident ever recorded happened in China at the Overseas China Town East amusement park located in Shenzhen. Called Space Journey, the ride  was supposed to give coaster-goers the feeling of being in a real-life rocket launch. The ride carried 40 people once and had four separate cabins that were spinning simultaneously. In June of 2010, one of these cabins, which was spinning at an extreme speed, came loose, crashing into one of the other four cabins. This caused the entire ride to dive 50 feet to the ground. Ten people were badly injured and five people died in this accident.