You are here: Home / Sports / Tony Stewart Receives Waiver from NASCAR Despite Mistake

NASCAR officials have never been too keen on getting specific about their rules. However, there are some situations, like their decision on Friday, which calls for exactly that: specific measures. Tony Stewart is now eligible for the Chase for the Spring Cup irrespective of the fact that he has missed three races. This was possible with the help of a NASCAR wavier. 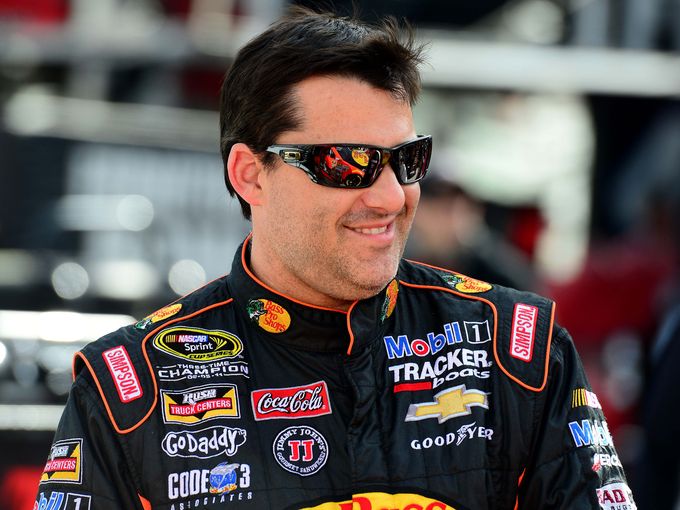 If Tony Stewart will win the following two events at Atlanta Motor Speedway or Richmond International Raceway, he will qualify for the 16-driver playoff. Although the rule was vague enough to enable NASCAR to use it in instance, they presented it as a medical exception when the rule was announced nearly six months ago.

All in all, racers have to at least attempt to qualify for each of the 26 season races to be eligible. The only way around this rule, is if a driver receives a doctor’s note for “pretty severe” condition, declared NASCAR executive vice president Steve O’Donnell. For example, a severe medical condition could be a concussion. It is not acceptable to miss the race for a family problem or mild condition like the flu. The waiver would not cover such situation. Nevertheless, O’Donnell tried not to get into the “what-ifs” of the specific rule.

Obviously, Stewart’s grief over Kevin Ward Jr’s death was considered a “pretty severe” condition. Some believe that granting him the waiver is not in the spirit of NASCAR’s rule. Stewart-Haas Racing has already made it clear that it was Tony who decided to miss the races out of respect for Ward’s family and to deal with his own grief.

SHR executive vice president, Brett Frood, declared that the Chase at Michigan International Speedway (the second race that Tony missed) was one of the lowest priorities at that moment.

“The chase is of the lowest priority as it relates to Tony right now.” – Brett Frood

Two weeks later, SHR applied for the waiver, and NASCAR decided to grant it for Stewart. It was clear that the driver was struggling with this loss during a brief statement on Friday. As a matter of fact, he appeared to be on the verge of tears on several occasions. It is clear that NASCAR has great respect for Tony Stewart, the three-time champion, but it did not have to grant the waiver.

If another driver were in this situation, he would probably not have received the waiver. Until now, drivers would hide a concussion (the case of Dale Earnhardt Jr.) or even compete with a broken ankle (the case of Brad Keselowski) just to make sure that they continue tallying points to qualify for the 10-race run to the title.

It seems that three weeks is a very long time (it means approximately 11.5% of a regular season) to sit out while still being considered eligible for the championship races. In the end, NASCAR’s decision might have been the nice thing to do, but it doesn’t necessarily mean that it was the right decision.