You are here: Home / National News / Toledo Water is Safe to Drink Again

Earlier today we reported on the situation in Toledo, Ohio concerning the toxicity of the drinking water. The latest news has revealed that the city of Toledo has just lifted the ban on the use of drinking water.

The residents of Toledo were advised not to consume the water after toxins were found in the city’s water supply. For an entire weekend, the city was forced to look for alternatives. Today, Mayor D. Michael Collins has declared at a news conference that Our water is safe!

The mayor continued to say that the tests taken no longer show abnormal traces of the toxin called microcystin, which is a toxin that can cause vomiting, diarrhea and abnormal liver function. The levels of this toxin no longer exceed the standards recommended by WHO. 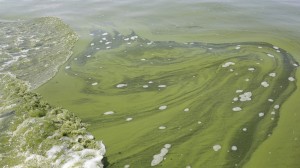 The reason why such a dangerous toxin appeared in the first place in the Toledo waters might have something to do with the algae that are growing in Lake Erie, which is the main source of drinking water for the city of Toledo. The contamination of the algae is most probably cause by runoff from malfunctioning septic systems, livestock pens and overfertilized fields.

The algae thrived in the lake up until the ‘80’s but almost completely disappeared in the ‘90’s. The algae have just recently started to thrive in Lake Erie.

We are asking the public to conserve nonessential water usage to help our water treatment plant as it returns to full operation. Some residents may need to flush their lines before using the water for personal use.

The city of Toledo, Ohio, issued an urgent water notice on August 2nd after the testing of the water inside the treatment plant revealed alarming levels of the microcystin toxin. Environmental groups have been concerned about the algae in the Lake Erie, which is near the Michigan border, for quite some time now. This is mainly because of the fact that the lake is supplying drinking water for 11 million people who live around it.

Carroll Township, a small city east of Toledo of around 2,000 residents, has issued a very similar water ban after the same type of algae was found in the water supply.

Were you or anyone you know affected by the ban on drinking water in the city of Toledo? Share your thoughts on the fact that Toledo water is safe to drink again in the comment section below, we love hearing from our readers.