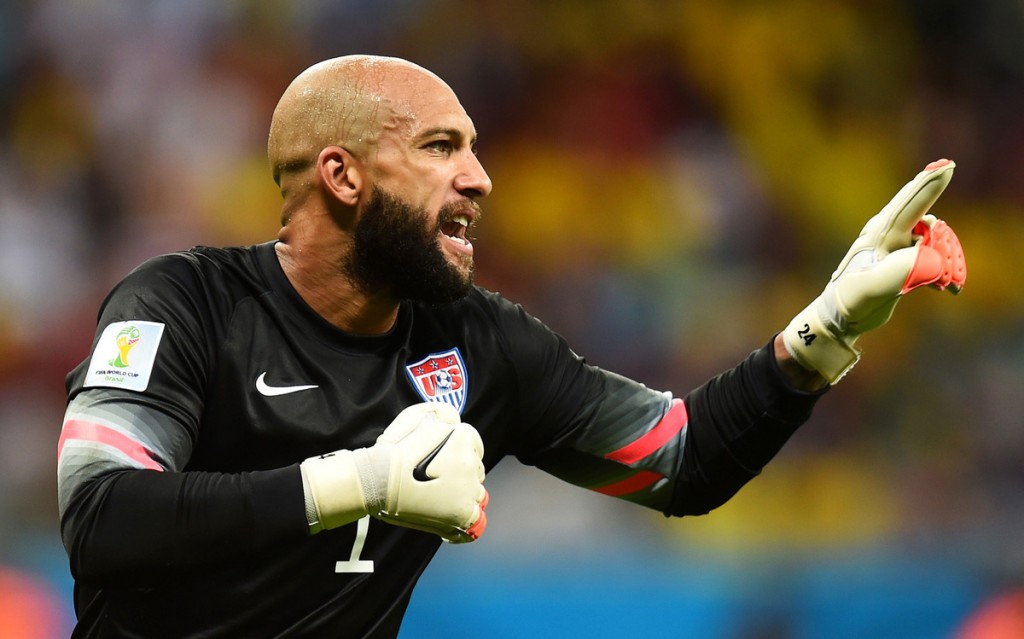 In a statement distributed by the US Soccer Federation on Thursday, US National Team’s goalkeeper Tim Howard said he had told US coach Juergen Klinsmann that he would not be available for national team selection until September 2015. However the 35-year-old Howard will continue to play for Everton in the English Premier League.

“Having played overseas for the last 12 years and missing out on spending time with my family, making this commitment to my family is very important at this time,” said Howard.

Howard’s absence will open the way for Aston Villa keeper Brad Guzan to become first choice keeper while Real Salt Lake’s Nick Rimando, who was the third keeper at the World Cup in Brazil, could also get chances to start.

“It’s the right decision at the right time. Juergen has always been up front with all the players in saying you have to earn your place, which is something I agree with, so I look forward to coming back next fall and competing for a spot.”

Howard starred in this year’s World Cup in Brazil, particularly in a second-round 2-1 loss to Belgium in which he made 15 saves.

Howard wants to spend time with his family composed of his two children Jacob, who’s 8 and 7-year old Ali, as well as live with his ex-wife in Tennessee.

“I understand that I will have to earn my place with the team and in the lineup when I come back, and I look forward to doing that. Physically I feel as strong as ever, and right now my heart, mind, and body all feel good about continuing on with the national team for the next World Cup,” Howard said. “It is difficult to predict the situation in four years, but I know this decision is right for me today.”

His past years have made this very difficult. Commitments have taken up the past seven years of Howard’s life as the U.S.’s starting goalkeeper. During this time, Howard has amassed 104 appearances and 55 wins (the most for a goalkeepers). He’s also second in shutouts.

“I told him as long as he is the same Tim Howard that we always see performing well, he will be welcome back with open arms and right back competing for a spot,” Klinsmann said in a statement. “He knows that he has to prove that he deserves to be back.”