A freelance American Journalist who had been held captive for the last two years by al-Qaeda militants has just been released.  Peter Theo Curtis’s freedom has long been in negotiations. The 45 year-old writer has now finally been freed after the government of Qatar reached an agreement with the Nusra Front in Syria.

U.S. authorities haven’t released information as to exactly what led to Mr. Curtis’s release but regardless of motives, his release provides hope to other families going through the same ordeal as his family. 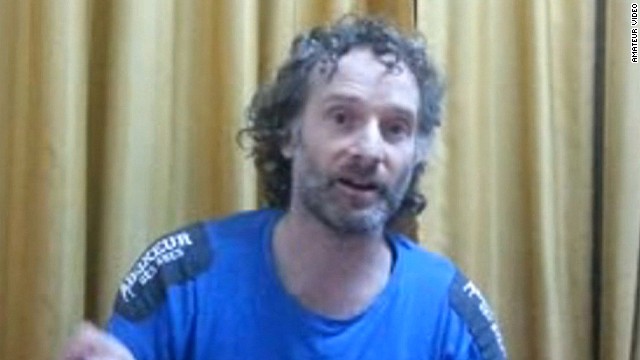 The release of Theo Curtis comes after the violent beheading of U.S. Journalist James Foley by Islamic State militants. The propaganda video that the group posted, showing the brutal murder of the journalist now raises concern about the fate of other Americans as well as Westerners who are still being held captive in Syria.

Curtis went missing one month before James Foley was taken.

Addressing recent U.S. airstrikes on Islamic State fighters in Iraq, the Sunni extremists warned U.S. authorities in its video released on Tuesday that another American journalist, Steven Sottloff, would meet the same fate as Foley if the airstrikes should continue.

Mr. Foley’s family as well as countless others have urged IS militants to spare the life of Sotloff.

On Sunday, the United States continued its airstrikes against ISIS, when they destroyed a military vehicle near Erbil, the Kurdish capital, as well as a Humvee near the dam at Mosul. However, the U.S. hasn’t expanded its attacks to include other targets after the release of the video showing Foley’s killing.

Michael Foley, James Foley’s brother accused the U.S. of not doing enough to ensure the safety of his brother. He explained that the U.S. allows either ransom payments or release of detainees in exchange for hostages (as it did when it ensured the freedom of U.S. Army Sergeant Bowe Bergdahl). Bergdahl was captive for five years, until the United States negotiated his release in exchange for five Taliban detainees earlier this year.

Caitlin Hayden, spokeswoman for the National Security Council explained, however, that the U.S. doesn’t endorse ransom payments and insisted that the U.S. government refuses to make concessions to terrorists.

After Curtis’s release, his family urged militants to show mercy to other American hostages.

Qatar also negotiated the release of other hostages. In March, it paid millions of dollars to make sure that three women and 13 nuns are released by the Nusra Front. The deal was brokered with Lebanon.