You are here: Home / Technology / Microsoft Requests Users to Uninstall Update due to Blue Screens (of Death)

Last week, Microsoft released a security update for windows users. After a while the company quietly asked its clients to uninstall it, because it was causing an error referred to as “The Blue Screen of Death” error. Microsoft was forced to make this decision after hundreds of complaints were sent to the company. It it, clients complained about the same problem: the infamous Blue Screen of Death error. This was not the only update to be made last week.

As a matter of fact, Windows rolled out exactly nine other updates on August 12, and the MS14-045 was released at the same time. According to tech specialists, this update was designed to resolve three different problems. They include the WIndows Kernel error, the heart of the OS error and the font error.

Here’s what happens if you update your Windows:

“Your PC ran into a problem and needs to restart. We’re just collecting some error info and then we’ll restart for you (0% complete).” 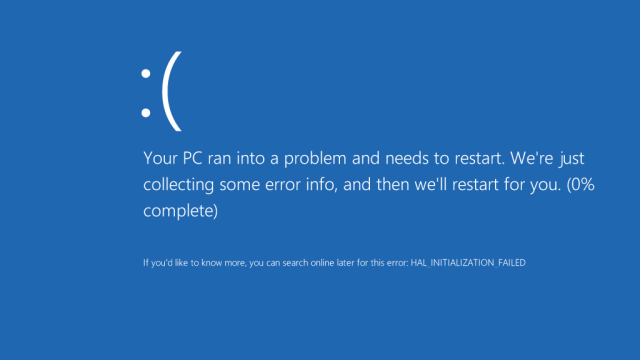 According to reports, users operating on Windows 7 PCs with the 64bit version have faced the most problems. In addition to this, the MS14-045, as reported by computerworld, generated Stop 0x50 errors in countless Microsoft customers systems. The vast majority of complaints came from Windows 7 users, only a few hours after installing their update. As a response, Microsoft published a FAQ for the update. It stated:

Microsoft is investigating behavior associated with the installation of this update and will update this bulletin when more information becomes available. Microsoft recommends that customers uninstall this update. As an added precaution, Microsoft has removed the download links to the 2982791 security update.

While several users were able to regain control of their computer after a System Restore, they were still extremely unhappy about the situation. A similar problem occurred in 2013. That was one of the first times that the Blue Screen of Death (BSOD) error was reported to and admitted by the team. Microsoft dealt with the situation in the same way back then (by asking users to uninstall the new update).

As if the BSOD weren’t enough, even Microsoft Suite was affected in 2013. All of these issues are raising alarms in Microsoft, especially since the company is trying to surpass strong competitors like Google or Apple.

At the moment, the three new updates which resulted in BSODs were pulled down from the website. Microsoft kindly asks its users to uninstall the new updates.