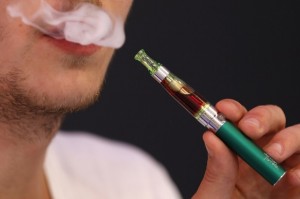 The American Heart Association has classified e-cigarettes the same as regular cigarettes, which will completely change how we view and market these electronic devices. The American Health Association is calling for strong new regulations to prevent the access of young people to them.

The AHA has recommended a federal ban on electronic cigarettes for minors, calling for more research into the product’s health impact. It released a policy statement that details concerns about these electronic devices and how they are another entry point for nicotine addiction among the young.

The authors of the statement are citing a study where 40,000 middle and high school students were surveyed. The results of the study indicated that teenagers consider electronic cigarettes as being high-tech, convenient and accessible. They are more likely to use them, especially in places where tobacco smoking is prohibited.

Nancy Brown, the CEO of the American Health Association, has said in an official statement: Over the last 50 years, 20 million Americans died because of tobacco. We are fiercely committed to preventing the tobacco industry from addicting another generation of smokers. Recent studies raise concerns that e-cigarettes may be a gateway to traditional tobacco products for the nation’s youth, and could renormalize smoking in our society. These disturbing developments have helped convince the association that e-cigarettes need to be strongly regulated, thoroughly researched and closely monitored.

A recent study on electronic smoking devices has revealed that youth exposure to electronic cigarettes advertising has grown a great deal in the past few years: 250% from 2011 to 2013. In specific numbers, around 24 million young people see these ads, thus being influenced by them.

The American Health Organization have revealed that the substances in electronic cigarettes are indeed less toxic than those in tobacco cigarettes, but that non-smokers will be exposed to nicotine in any type of confined space.

The chair of the cardiovascular medicine at the University of Louisville, Aruni Bhatnagar, has added:

E-cigarettes have caused a major shift in the tobacco-control landscape. It’s critical that we rigorously examine the long-term impact of this new technology on public health, cardiovascular disease and stroke, and pay careful attention to the effect of e-cigarettes on adolescents.