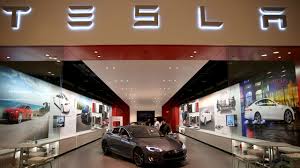 Tesla Motors has all but shaken down the five states that are competing for its $5 billion Gigafactory: Arizona, Nevada, California, New Mexico and Texas. Its CEO, Elon Musk, announced during a conference call with analysts, that he will be expecting a $500 million bid from the winning state that gets the Gigafactory.

Greg Jefferson, business editor of the San Antonio Express-News expressed his concern regarding Musk’s methods, as the line is getting blurred between Tesla’s search and a shakedown. Musk, however, explained his rationale behind his expectation that the winning state invest half a billion dollars to win the project. According to him, the 10 million square feet of production space that the Gigafactory has will allow for massive battery production. Musk added that any assembly plant would have around 2 million square feet (modern U.S. automotive assembly plants) and would cost anywhere between $1 and $2 billion to build. As the Gigafactory would create 6,500 jobs (as opposed to the 1000 to 3000 that an ordinary assembly plant would create) by 2020, Musk explains that the state would have much netter revenue options than with a normal assembly plant.

This courageous negotiation strategy is, however, risky for Tesla. Musk explained that while the state would be putting up 10 percent of the cost, Panasonic will invest 30-40 percent, suppliers another 10 percent, leaving Tesla to put up the rest. The tricky part is to have the Gigafactory up and running for Tesla’s Model 3 vehicles. That’s exactly why multiple states are being encouraged to participate in the Gigafactory location (so that the risk is minuscule that a spot won’t be ready when Tesla wants to start production).

Industrial companies all look at different alternatives before deciding on a firm investment and competition is a healthy part of that decision. California, for instance, wasn’t part of the semi-finalists initially, but it managed to secure a position.

Musk explained that he has a responsibility to offer his shareholders the best deal, seeing that any company has a fiduciary obligation to find the best deal for its investment. He added that his task, therefore, is to negotiate the best financial arrangement that would serve both Tesla and the winning state.