You are here: Home / Health / Stroke and Heart Disease Deaths and Hospitalizations Fall in the Last 10 Years 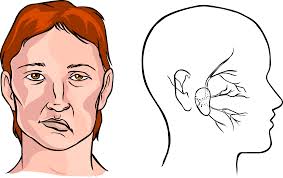 The leading cause of death in the United States for both men and women is heart disease. A new study sheds some light on these massive killers and reveals some promising results: apparently, hospitalization and death from heart disease and stoke have declined in the past 10 years.

The research team that came up with the results was led by Dr. Harlan Krumholz, the director of the Center of Outcomes Research and Evaluation at Yale-New Haven Hospital and the results have been published recently in the journal Circulation.

Dr. Krumholz and his colleagues have analyzed a massive amount of data: information from almost 34 million people who received Medicare FFS (fee-for-service) between the years 1999 and 2011.

After careful analysis of hospitalization and death rates, the results showed that hospitalization rates for heart attack declined during the 12-year period by 38%. The risk for dying from heart attack within a year of visiting the hospital was reduced by 12%. Hospitalization rates for stroke during the same period of time declined by 33.6% and the risk of death from stroke reduced by 13%. The same results remained unchanged after the team accounted for the patients’ race, sex, age, geography and other illnesses.

The declines are most likely due to improvement in diagnosis, treatment and lifestyle, as Dr. Krumholz says there is no real miracle clinical advancements. He continued:

Rather, we saw consistent improvements in the use of evidence-based treatments and medications and an increase in quality improvement initiatives using registries and other data to track performance and support improvement efforts – as well as a strong emphasis on heart-healthy lifestyles and behaviors.

He also mentions that there has been a decline in smoking and a real improvement in treating high blood pressure.

Huge strides in lifestyle, quality of care and prevention strategies for cardiovascular health have seemed to have a ripple effect on saving lives. As a result, our country has undergone remarkable changes, which has reduced suffering and costs.

These findings are great and very promising, but heart disease and stroke are still the leading killers in the United States. The results will continue to improve only if there is continuity in public education about the importance prevention and treatment of these two diseases.

What are your thoughts on the news? Would you like to comment? We encourage you to drop us a line in the comment section below, we love hearing from our readers!