You are here: Home / Business / Sprint Gives up on T-Mobile Purchase Attempt

Sprint has come to the conclusion that separate roads may lead to greener pastures and abandoned their efforts of acquiring their smaller rival, T-Mobile. After one year of unending efforts to convince regulators that a merged Sprint/T-Mobile would serve the US consumer better, Sprint decided that it would be better to find a new direction. At the same time, a new CEO has been appointed. 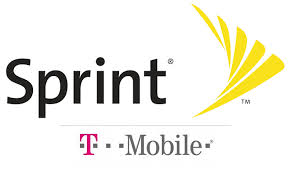 There are several reasons why Sprint and T-Mobile are not a good match. First of all, each company uses a different technology for their 3G services and while 4G may be something that consumers are searching for, 3G will continue to exist for a long time. Since the spectrum holdings are extremely varied, trying to resolve the technology differences after merge would have been expensive.

Each company also has a creed that couldn’t be more different from the other: Sprint takes pride in its conservative and staid approach while T-Mobile describes itself as the upstart competitor breaking all the rules.

Currently, sprint is the third-largest US mobile operator. But size is a major concern for Sprint. Verizon (the largest operator in the US) has 122 million customers, while the second-largest operator (AT&T) has 112 million users. Together, Sprint and T-Mobile could have competed with these operators had they worked together. While SoftBank, Sprint owner, believed that a merge could make them serious competitors for the two leading operators, regulators didn’t agree.

In fact, SoftBank CEO, Masayoshi Son began working on the idea of the T-Mobile acquisition right after SoftBank acquired sprint in 2013. Dan Hessse, former Sprint CEO, together with Masayoshi Son began pitching the idea early in 2014 but immediately encountered resistance. Even after so much time, both the Federal Communication Commission and the Department of Justice expressed opposition. Simply put, they preferred a four-carrier marketplace and in the end their message was received.

Additionally, a merge would have had both companies have to rethink the markets where Sprint and T-Mobile overlap (and even if they would have solved this issue, the benefits of combining would have still been reduced).

Instead of the merge, Sprint has chosen to appoint a new CEO, Marcelo Claure, the founder of Brightstar. He immediately set the tone for his tenure, explaining that his main focus is to make Sprint a cost-efficient carried that will aggressively compete in the marketplace. He said that growing and repositioning Sprint will be the stepping stones from which he will build momentum.