The British Police had the surprise of their lifetime when they discovered that a shipping container carrying people (including women and children) had come ashore at the Tilbury Docks in Essex.

Out of the 35 people that were reportedly in the shipping container, one has died. Nineteen more people had to be hospitalized after they were diagnosed with severe dehydration and hypothermia. 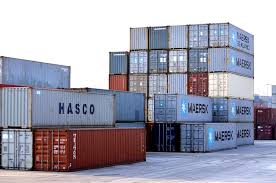 The survivors had come, according to authorities, from the Indian subcontinent. None of the lives of the people in the containers were in danger, in spite of the fact that many were taken to hospitals so as to receive specific medical attention (especially minors).

Apparently, the container left the Belgian port of Zeebrugge on Friday at around 9 PM. The container was aboard a P&O Ferry British freighter. There have been many questions as to whether the container had only been loaded in Zeerugge or whether it had already come from a previous point of departure.

When the containers reached the British port, Stevedores detected the crowd of people.  The container was scheduled to be unloaded around 6:30 in the morning on Saturday.

Trevor Roe, Police Superintendent, explained that port workers had noticed screaming and banging sounds inside the containers and as such, they were forced to investigate the situation. After having found the 35 people in the container, port workers began searching all other containers that arrived with the same ship, to make sure that no other people had been shipped in different containers. Currently, no other suspect containers were found.

Superintendent Roe noted that the police would handle the death of the man in the container as a homicide and that investigations will occur accordingly.

Severe dehydration and hypothermia were symptoms that almost all passengers were suffering from.

Authorities still don’t know where exactly the shipment originated from. Moreover, they don’t know where the people entered the container and if there were additional containers with people inside on other routes.

East England Ambulance spokespeople noted that the intervention was very difficult for their crew members and that the scene was extremely difficult to bead.

Superintendent Rowe noted that the issue of those who had been traveling inside the containers was first and foremost a humanitarian matter and that the welfare of all these people was a priority.