You are here: Home / Business / Round-up of the Top News Affecting the Oil Market

Here is a roundup of the most important Oil Market News

Crude from West Texas Intermediate was sold at the lowest price for approximately 6 months. New data revealed the strength of United States economy, which is the world’s largest oil consumer. Those who bet right were Oil speculators. They chose the right prices after a refinery which was supplied by U.S.’s biggest crude hub was damaged by a fire. Futures were driven back to a six-month low. 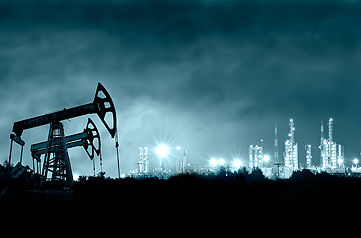 The St. Charles Parish Emergency Operations Center responded to an explosion & subsequent fire that occurred at the Norco Facility. This was not the only fire. PetroChina’s Lanzhou Refinery also fell victim to the flames. Its gas fraction unit (with 300k mt/yr capacity) from northwest China caught fire at 8.39 A.M.

Approximately 400.000 residents of Toledo were preparing for the third day of being told not to consume drinking water which was contaminated by algae toxin. Ohio’s governor declared a state of emergency for the city and its surrounding areas.

A breakaway al_Qaeda group managed to take control of two major oil fields and some very important Kurdish towns in the northern part of Iraq, after clashes says the Northern Oil Co. The militants from the Islamic State are currently controlling the area.

News About the Fosun Group

The Fosun group was in talks with Roc Oil for a potential bid. The Roc’s books have also become a subject of interest for Tamarind Energy, which might follow-up with its own bid. Later that day, Guo Guangchang, Fosun’s Ltd. agreed to acquire Roc Oil co. for 474$ million in cash. This means that the Fosun company now has group assets which stretch from Malaysia to Australia.

Asian stocks had the benchmark index declining a third day after U.S. payrols were forecasted to increase. In addition to this, emerging-marketing currencies in the area climbed when Portugal’s Banco Espirito Santo SA got a bailout. Wheat crops became higher and Zinc advanced.

A flaring incident at the Shell Martinez Refinery led to the release of sulfur dioxide. Hazardous material spills were reported with the Governor’s Office Emergency services.