Rory McIlory won the PGA Championship of Valhalla Sunday. McIlroy closed with a 3-under 68 and became only the fourth player in the last century of golf, after Tiger Woods, Jack Nicklaus and Bobby Jones, in to win four majors at 25 or younger.

“I didn’t think in my wildest dreams I’d have a summer like this,” said McIlroy. “I played the best golf of my life. I really gutted it out today.”

The 25-year-old from Northern Ireland parred the final hole in sheer darkness for a three-under 68 to finish on 16-under 268 and therefore take from the American veteran Mickelson his fifth major title at 44 years of age. But nevertheless McIlory didn’t have to sweat so much to win one of golf’s biggest events. He finished at 16-under 268, the lowest score to win the PGA in 13 years. 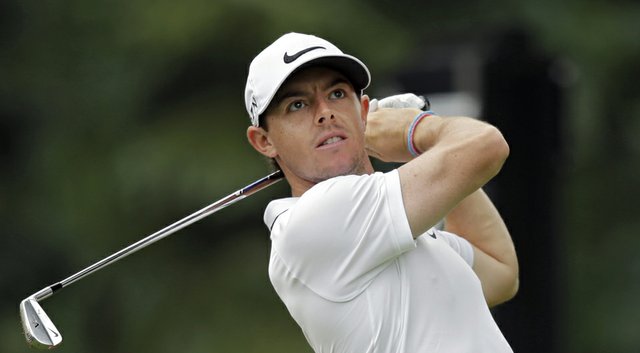 Phil Mickelson, McIlroy, Rickie Fowler and Henrik Stenson duelled all day around rain-soaked Valhalla, as a 75-minute rain delay left them all hopelessly expecting to begin. Mickelson appeared to be in trouble when he had to hit a wedge off a down slope in the rough, but he put his wedge close for an easy birdie. Fowler answered with a 51-foot putt close enough for another par as McIlroy watched from behind.

Fowler became the first player in history to finish in the top five at all four majors without winning one. He closed with a 68 and tied for third with Stenson, who fell out of a share of the lead by missing a 3-foot par putt on the 14th hole. Stenson shot a 66.

But when McIlroy buried a birdie putt at 17 that turned right to left perfectly into the center of the cup to push his lead to 2 shots at 16-under, the Irish finally grasped control of a tournament that seemed to have slipped away when he went from a 1-shot lead to start the day to 3 back on the front 9.

McIlroy won his first two majors by eight shots at the 2011 U.S. Open and 2012 PGA Championship. A month ago, McIlroy took a six-shot lead into the final round of the British Open and completed a wire-to-wire win with only a brief scare.